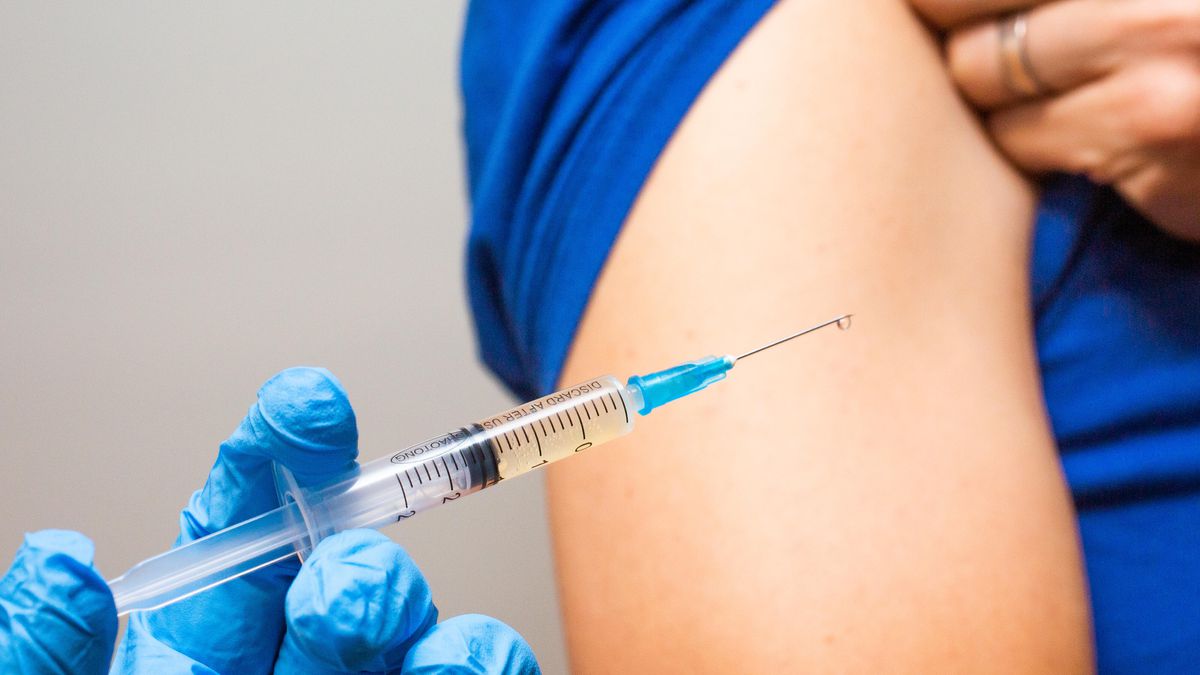 A teacher out in New York has been taken into custody after injecting a student, a 17-year-old boy, with a dose of the COVID-19 vaccine despite the fact that she was not legally allowed to do so and completely lacked any work of parental consent. As reported by NBC News, Laura Russo, 54, was taken into custody on New Year’s Eve out in Sea Cliff, New York, for allegedly administering a dose of the vaccine to the currently unnamed teenager.

“According to the department, the 17-year-old boy had visited Russo’s home, where she administered what was believed to be a Covid vaccine to him,” reported NBC News. “It is unclear how she came to obtain the vaccine.”

Because of that, Russo has been slammed with a charge under the New York State Education Law Unauthorized Practice of a Profession.

As seen in a video acquired by NBC 4, Russo can be seen allegedly administering the vaccine dose to the anonymous student via injection:

“There you go, at home vaccine”. Police have arrested a Long Island mother for illegally giving a 17 year old boy a shot of Covid vaccine in her home. And there’s video….Only on @NBCNewYork #nbc4ny pic.twitter.com/KpG5vAQaDT

One commenter on Twitter stated that the whole ordeal was “all kinds of scary.”

“This isn’t a question of whether to vax or not vax. He’s underage, it’s not her kid, she is not a licensed medical professional, that vaccine is NOT authorized for kids his age,” claimed Donna Cordova stated. “Where did she even get ahold of that vial? What if he had had a reaction?”

All kinds of scary. This isn't a question of whether to vax or not vax. He's underage, it's not her kid, she is not a licensed medical professional, that vaccine is NOT authorized for kids his age. Where did she even get ahold of that vial? What if he had had a reaction? dc https://t.co/sSw6ZjrEUS

Dr. Aaron Glatt, a medical professional from Mount Sinai South Nassau,  stated to NBC4 that “[b]esides being illegal, it’s just not a smart thing to do. An authorized, licensed professional should be providing vaccines to know how to give them properly to make sure if there’s a complication that can be dealt with immediately and very efficiently.”

As reported by local media outlets, the child asked for the vaccine from the teacher in the wake of his mother refusing to give her permission for him to receive the vaccine. After the injection tok place, the boy told his mom that the teacher had administered the vaccine, and the mother went on to tell authorities.

Russo is a teacher with Herricks Public Schools in New Hyde Park, New York where she teaches science, but has since been “taken out of the classroom” while investigations take place. She is slated to appear in court on January 21st.

Recently, Russo is not the first example of a teacher taking steps to get a student vaccinated against their parent’s wishes. Back in December, it was reported that a California teacher was handing out free pizza for taking the jab, but in that case, she was not the one administering the injection:

A California mom said her 13-year-old son was vaccinated against COVID-19 without her consent after someone at the school offered him food to get the shot.

Maribel Duarte, whose son is a student at the Barack Obama Global Prep Academy in South Los Angeles, told NBC 4 Los Angeles that her son brought home a vaccine card from school after he agreed to get inoculated in exchange for pizza.

The post Teacher Arrested For Dosing Student With COVID-19 Vaccine With No Medical Background Or Parental Consent appeared first on Steadfast and Loyal.