‘We’re Not Gonna Let Them’: DeSantis Vows No Lockdowns, Mandates In Florida Amid Omicron 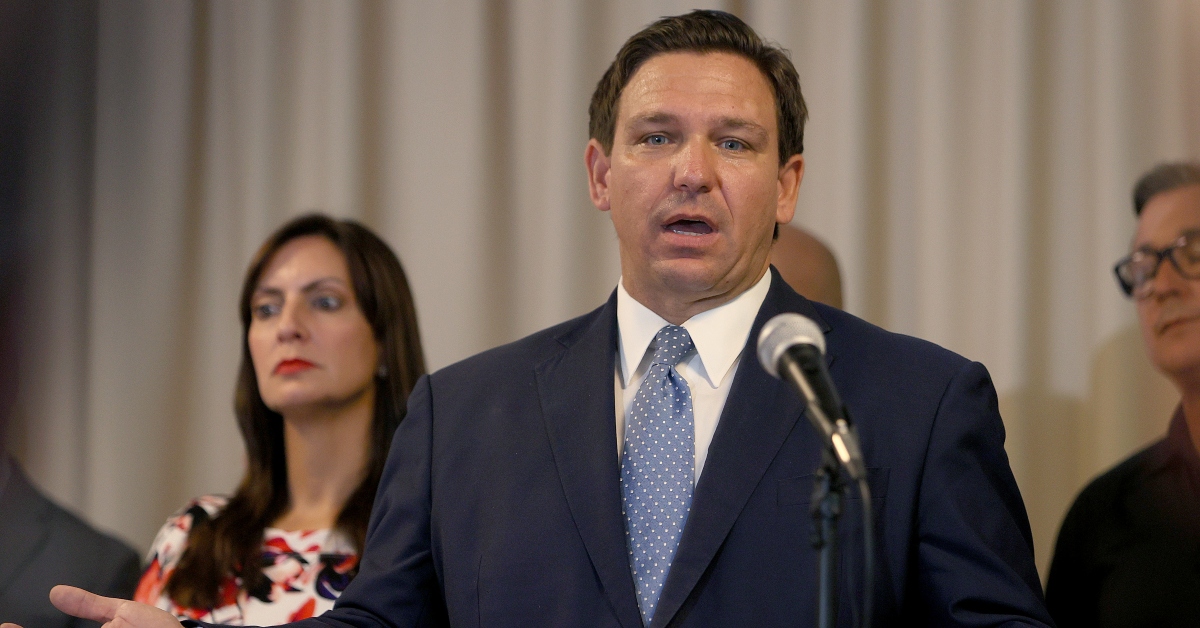 Florida Gov. Ron DeSantis vowed anew on Tuesday he won’t let “Fauci-ism” be imposed on his state, meaning no new restrictions or mandates as officials there investigated a “presumptive case” of the omicron variant of COVID-19.

Gov. DeSantis says there won’t be restrictions or mandates following reports of the new omicron variant in Florida. pic.twitter.com/6MSDlqfCM8

“We are gonna protect your freedom to make your decisions,” he added, noting further if Sunshine State residents feel that they should self-quarantine, then “that is absolutely their decision in a free society.”

“You don’t impose Fauci-ism on the whole country or on a whole state. It’s wrong” DeSantis noted further, going on to cite the state’s low coronavirus infection and death rates.

Fox News cited a Florida department of health official who said Tuesday that the state had found one “presumptive case” of the new strain.

“Since the pandemic’s beginning, the Department has conducted genomic sequencing and maintains surveillance of emerging variants in Florida,” the official said. “As a result of these continuous and diligent efforts, the Department quickly identified a presumptive case of the Omicron variant in Florida.”

DeSantis went on to reflect that governors in some states are already imposing new lockdowns and other restrictions because of the omicron variant, which is reportedly not nearly as potent as previous strains.

“This is something that you have to deal with,” the governor said of COVID-19, suggesting that new broad lockdowns will not help anything.

As part of the emergency, the state’s Health Department will be allowed to protect hospital capacity by limiting nonessential and non-urgent care until at least Jan. 15. Hospitals with less than 10% staffed bed capacity, or those designated by the state, will be authorized to screen patients and restrict admissions to keep beds open for the most urgent cases.

“This is a concerning development that we must watch extremely closely, and be prepared to address as a city, state and country,” added New York City mayor-elect Eric Adams of omicron in a statement. “Our health officials must … have response options available should it prove to be significantly more virulent.”

DeSantis, however, has been a leading voice in pushing back against COVID-related mandates and restrictions, which he credits, in part, with Republicans overtaking Democrats in voter registration for the first time in the state’s history.

“Republicans now hold a slight voter registration edge over Democrats, just another sign that the state is moving away from its two-decade-old reputation as the nation’s largest battleground state. It’s also more bad news for Democrats as they try to knock off rising national GOP star Gov. Ron DeSantis next year,” Politico reported.

An analysis of voter registration data by Politico found that there are 6,035 more registered Republicans in the state than Democrats, noting further that each party has more than 5.1 million registered voters out of a total of 14.3 million.

“This is a milestone moment in Florida’s history,” noted Helen Aguirre Ferré, executive director of the Republican Party of Florida.

“You are seeing people move to states that value freedom,” DeSantis said during a breakfast speech at the National Conference of State Legislatures on Nov. 5.