Vladimir Putin Reveals Secret Job He Once Had to Earn Extra Money: ‘It’s Unpleasant To Talk About’ 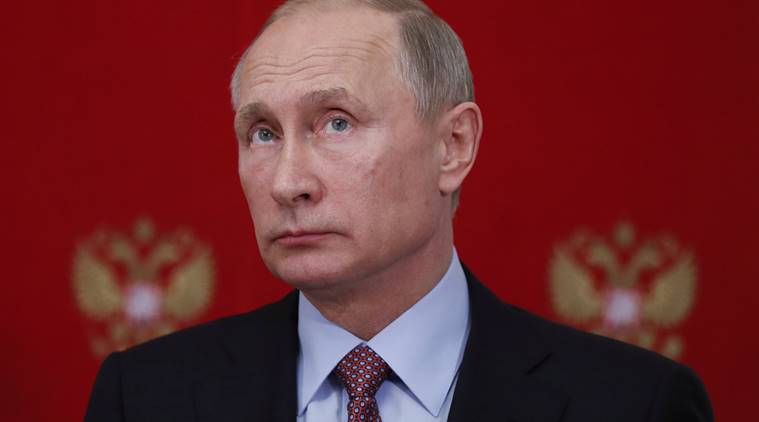 If you’ve ever wondered what a real-life “James Bond” might look like, dig up a picture of a young Vladimir Putin. Those who don’t follow the history of Russia, especially periods at the height of the Soviet Union, won’t appreciate who this man really is and where he came from.

Putin was recruited by the KGB right out of university. During his time as a high school student at Saint Petersburg High School, he studied German intently. Many believe Putin already had his sights on being a KGB spy long before he even graduated from high school.

This singularly powerful world figure rose to power, starting out as a Russian agent in East Germany. Putin spent five years undercover in East Germany. Experts believe Putin’s time as a KGB operative molded how the Russian President deals with other world leaders.

There are, however, some other jobs from Vladimir Putin’s past that may well have shaped him as a person. Putin’s parents were factory workers after the end of World War II. The eventual leader of his country was born in then Leningrad in October 1952.

As a child, Putin engrossed himself in spy novels, and he was practiced at the art of judo. Putin was fascinated with the spy novel, “The Shield and the Sword”. His fantasies seemed to inhibit his studies. However, after a slow start in his early school years, Putin eventually excelled.

His admittance to “School Number 281” in Leningrad was proof of the level of scholarly excellence he attained. Putin actually petitioned a local KGB branch prior to attending Leningrad State University, where he studied law.

His petition was refused. The agent told Putin not to bother contacting them again. However, Vladimir Putin doesn’t seem to take no for an answer. The young Soviet never gave up. Putin shared how he marveled that one spy could “decide the fate of thousands of people.”

As a now powerful dictatorial leader, Putin decides the fate of millions. However, Putin’s rise to power hasn’t always been easy. Much of his career as a KGB spy was considered anything but glamorous. Nevertheless, a job he was forced to accept was even less so.

Putin, like other KGB operatives stationed in Dresden, Germany during the fall of the Berlin Wall, had to go into hiding. In a biography, Putin says he did not return to Russia until some point in the 1990s. Late in 1998, Russian Prime Minister Boris Yeltsin appointed Putin to run the FSB.

The FSB was the new, now split apart Soviet Union’s equivalent of the KGB. Prior to his ascension back to the top of Russian politics, Putin suffered economic hardship like millions in his country.

After the fall of the Soviet Union, Putin says that he had to earn extra money to survive. The eventual leader of his country would work part time as a taxi driver. In an interview printed in the Moscow Times, Putin expanded on something he says is “unpleasant to talk about.”

“Sometimes I had to earn extra money,” Putin said. “I mean, earn extra money by car, as a private driver.” As the world grapples with serious diplomacy issues arising in the Ukraine, no one should dismiss the resolve of Russia’s President.

Vladimir Putin is a gifted strategist. He has studied the world intently. Putin trains his mind and body. Putin’s training repertoire is said to include long morning swims, sometimes in icy waters. His resolve is like steel. Much of his life has been geared towards being who he is today.

It seems like little coincidence that Vladimir Putin once drove a taxi. World leaders, especially Joe Biden, should be wary not to take this man lightly. Putin is a modern-day, real-life James Bond. Make no mistake about it. He may also have a little “Travis Bickle” in him as well.

The post Vladimir Putin Reveals Secret Job He Once Had to Earn Extra Money: ‘It’s Unpleasant To Talk About’ appeared first on Steadfast and Loyal.