Trump Makes Stunning Prediction About Future Of America Under Biden 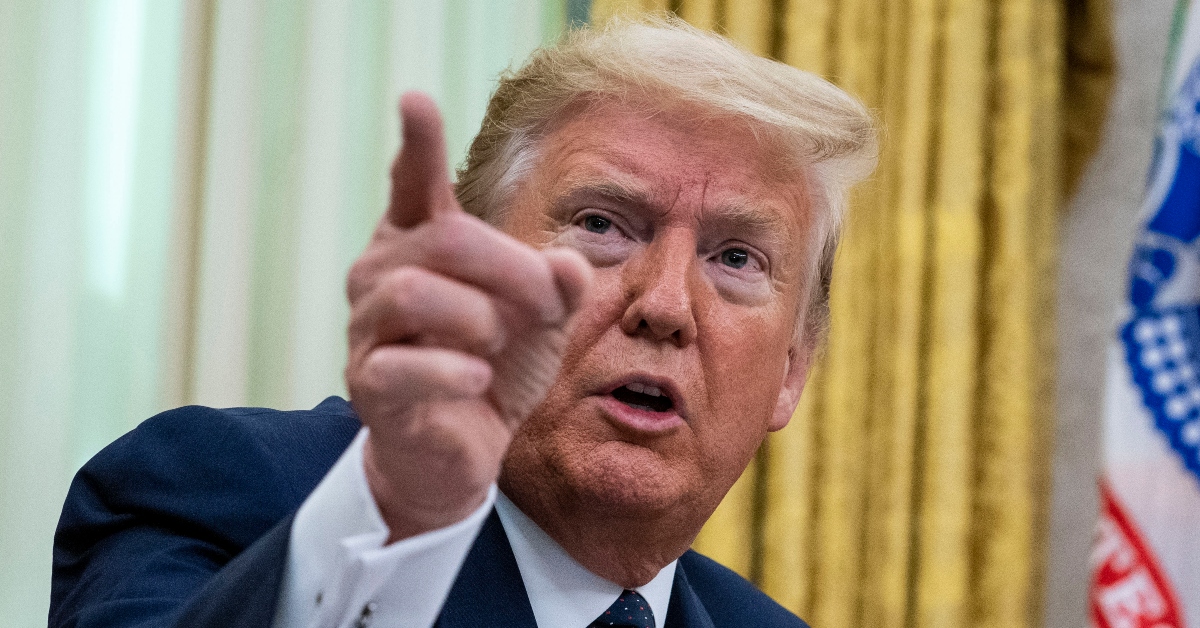 Former President Donald Trump says the country is in dire straights under President Joe Biden and may not survive as a viable nation if current policies continue.

Namely, the 45th president thinks America, as founded, will be permanently lost if far-left policies and spending continue to dominate.

Trump offered his perspectives in an interview with Fox News host and top conservative radio talker Mark Levin on Saturday to, among other things, discuss his new book, “Our Journey Together,” which contains hand-selected photos of him and his family during his four-year term.

“But the Biden administration is far worse. In fact, I noticed the other day where Obama said ‘this is very dangerous’; all of these — you know, what they’ve done. It’s too much for him,” he added.

“But when they look at his top economic people are looking at this inflation, and they’re seeing these bills that are being passed for trillions and trillions of dollars where it’s like throwing money out the window,” Trump continued, likely a reference to how Obama-era economic officials like former Treasury Secretary Lawrence Summers have been warning against actions taken by some of Biden’s Democratic officials.

“These are Obama people telling Biden people ‘you can’t do this, -‘ but they push forward anyway. Let’s see what happens,” Trump said.

The former president said Youngkin called him after his win to thank him for his support: “The ‘MAGA’ people came out in a force far greater than anybody thought possible.”

In that race, Youngkin made noted gains for the GOP in more Democrat-leaning areas in the north and around Washington D.C., while also running up the score in heavily pro-Trump areas around Bristol, Wytheville, Bland and Cumberland Gap.

While Trump expressed that Youngkin’s win should be a wake-up call for the left, he added that either way the nation must return to policies of strong borders, free enterprise, a fair press, and more platforms he said Biden has abandoned.

“We don’t have [that],” said the former president.

“If you did a sample of a thousand people, typical, good, American people that love our country, they can’t believe what they’re witnessing at the border, and some of the people are really bad,” he said.

“I think you’re going to see a big, big victory for Republicans in the midterms. I think it’s going to be very hard for them to come back that fast,” Trump predicted.

“This country has tremendous potential, tremendous, but we’re giving it away, and there’ll be a point where the country can’t come back, and we can never allow that point to be reached,” he said.

Trump has frequently criticized Biden and has often said all the current president had to do to be successful was just continue the policies of his predecessor.

One example was the former president’s “Remain in Mexico” policy, otherwise known as the Migrant Protection Protocols, which was widely credited by immigration experts to have ended mass migrant caravans that began in 2018 — and federal courts have agreed, which is why they ordered the Biden administration to reimplement it, per Fox News:

The Biden administration had abolished the program, known officially as the Migrant Protection Protocols (MPP), earlier this year. The program, set up and expanded in 2019, kept migrants in Mexico while migrants awaited their hearings rather than being released into the U.S. interior. It saw the construction of court tents along the southern border which migrants would enter for their proceedings.