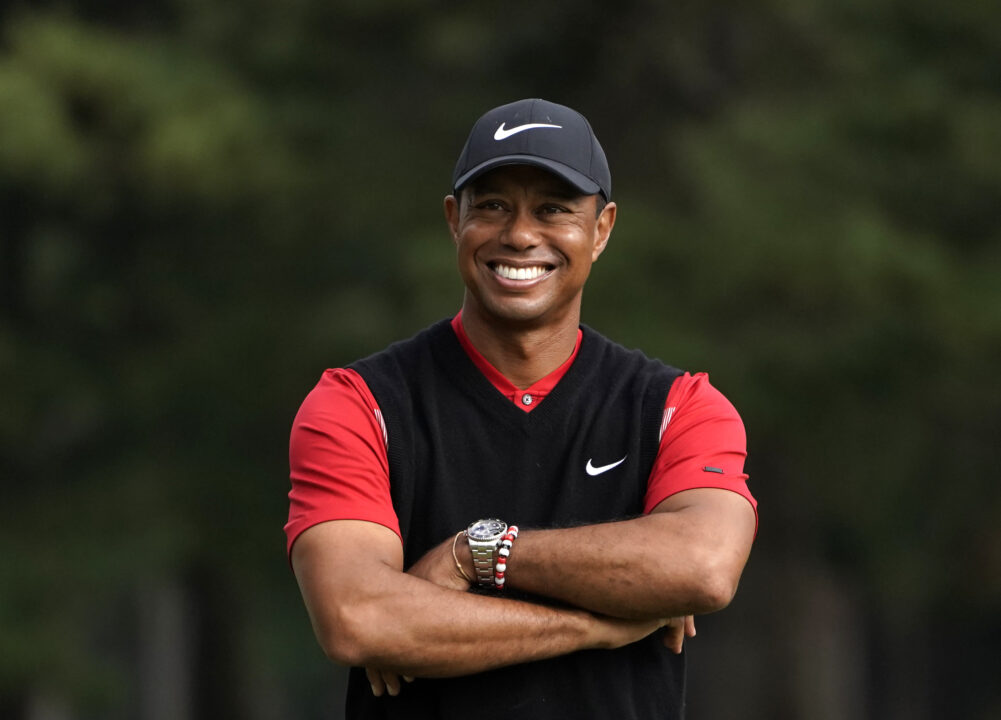 It’s official, Tiger Woods will once again be heading back to the golf course.

This past Wednesday, Woods put forth an announcement talking about his return to the course via social media, In a post, he stated he will be participating in the PNC Championship taking place next weekend alongside his 12-year-old son, Charlie.

“Although it’s been a long and challenging year, I am very excited to close it out by competing in the [PNC Championship] with my son Charlie,” tweeted Woods. “I’m playing as a Dad and couldn’t be more excited and proud.”

Although it’s been a long and challenging year, I am very excited to close it out by competing in the @PNCchampionship with my son Charlie. I’m playing as a Dad and couldn’t be more excited and proud.

As written on the website for the PNC Championship, the upcoming tournament “provides the chance to see 20 Major Champions team up with a member of their family and play the game they truly love — together.”

With it being just a short ten months since Woods was seriously hurt in a horrible car crash, his comeback to any level of competition at all has been called borderline miraculous.

In the accident, Woods received fractures to both his tibia and fibula in his right leg and spent well over three weeks laid up in the hospital looking down the barrel of possible amputation.

As part of an interview with Gold Digest that took place in November, Woods stated that playing full-time with the PGA Tour would never happen again, but he will instead pick and choose certain tournaments to play in instead.

This past week, Woods, who has undergone ten surgeries over his career, stated to reporters that this particular recovery has been horrible and far more difficult than any other.

“This one’s been much more difficult. The knee stuff that I had on my left knee, those operations were one thing, that’s one level,” claimed Woods. “Then you add the back, that’s another level. And then with this right leg, it’s hard to explain how difficult it has been just to be immobile for the three months. I just lay there and I was just looking forward to getting outside. That was a goal of mine.”

“It’s been tough at times — some dark moments — but then again, as I was making progress through it too, I could see some light,” woods continued on. “And that was giving me hope. I’m able to participate more with my kids and their activities. And life in general. As I said, I’m on the positive side.”

When questioned about his career being altered due to his injury, Woods stated that coming back from surgery in 2017 to win the 2019 Masters has made this low point easier for him to work through.

“I got that last major, and I ticked off two more events along the way,” stated Woods. “I don’t foresee this leg ever being what it used to be, hence I’ll never have the back what it used to be, and [the] clock’s ticking. I’m getting older, I’m not getting any younger. All that combined means that a full schedule and a full practice schedule and the recovery that it would take to do that, no, I don’t have any desire to do that.”

The post Tiger Woods Officially Returning To The Golf Course appeared first on Steadfast and Loyal.