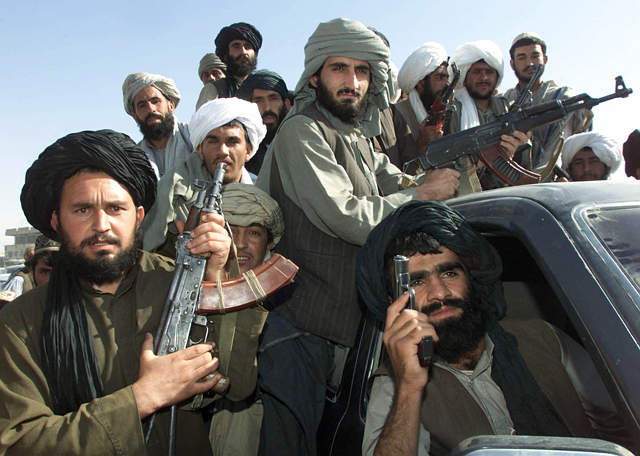 It’s the season of giving and good will. As if on script, one nefarious actor is hoping to get more than a lump of coal in their stockings. These pleas for mercy and compassion are coming from the Taliban.

Because of Joe Biden’s withdrawal fiasco, a supporter of global terrorism now controls Afghanistan. Saying that things have gone horribly wrong would be an understatement. Now, with winter looming in Afghanistan, over half the country faces starvation.

As we enter the festive Christmas season, where hope should abound, the Taliban is begging Washington, D.C. for a huge gift. It’s as if being gifted with rule over a country isn’t enough. It’s been four short months since Joe Biden triggered the hasty U.S. withdrawal from Afghanistan.

Most Americans insisted they’d grown weary over the United States’ 20-year presence in the country. However, no one, especially military experts, believed Joe Biden’s plan was the correct way to accomplish this end objective. Biden failed America and Afghanistan.

Joe Biden’s inept handling of the Afghan withdrawal has created a mound of new problems. One is the inability of the Taliban to feed the country they were handed. Reports of few, if any, changes in Taliban behavior, aren’t stopping them from pleading for help.

These contradict reports of women being discriminated against and dissenters being tortured. How can anyone trust the Taliban? Moreover, the horrific struggles facing the Afghanistan people gouge even deeper. One mother had to sell her infant child for $104 to feed her family.

A huge part of the tragedies befalling Afghanistan is directly linked to Biden’s inept withdrawal. The chaotic exodus caused humanitarian aid organizations to flee the country. Many of these same organizations insist that the Taliban is right back to stamping out human rights.

Spokespersons for the World Organization Against Torture (OMCT) report a swift return by the Taliban to targeted killings of innocent civilians. Other reports indicate the Taliban is blocking aid from getting to the Afghan people who need it so desperately.

Coupled with a terrible drought, United Nations sources caution that half the nation will face starvation during the imminent Afghan winter. Nefarious rulers, tyrants that provided free haven to terrorists, now plead for compassion.

If Joe Biden had followed direction and executed a strategic withdrawal, none of this would be happening. Biden is responsible for more than just the death of 13 U.S. service members and countless Afghan allies. He may now be responsible for starving to death millions of Afghans.

With billions in assets rightfully frozen, the tyrannical Taliban regime pleads for mercy. Joe Biden’s foreign policy blunder now has the world faced with an impossible decision. Do world leaders advocate for the release of money to the oppressive Taliban rulers?

Or do we allow innocent people to starve to death? This is yet another unenviable corner that Joe Biden policies have put America. At the time of year, when the world shares heartfelt joy and compassion for our fellows, the U.S. may have no choice but to appease the Taliban.

The post Taliban Tries to Trick Biden Regime Into Releasing Billions of Dollars appeared first on Steadfast and Loyal.