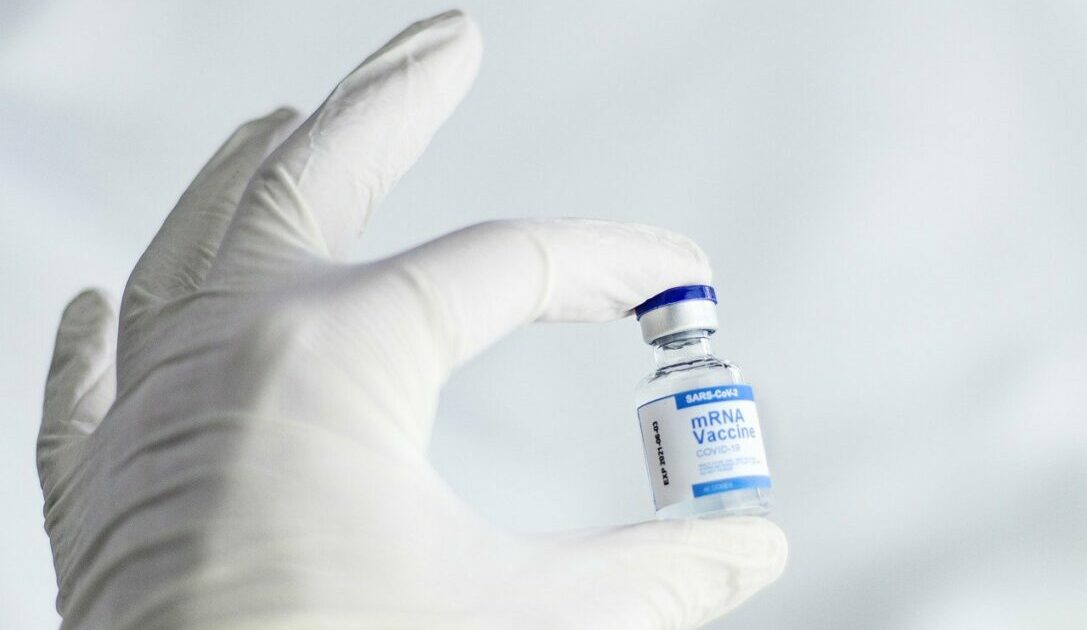 As the Joe Biden White House continues to push its tyrannical mandates, alarming new research has surfaced about the COVID vaccines. Every major mainstream media source is reluctant to discuss the merits of natural immunity.

Few will address the scientific evidence that natural immunity may be multiple times more effective at fighting COVID. However, even more disturbing is the total dismissal of potentially health devastating side effects caused by the vaccination.

Millions of Americans have expressed hesitancy towards getting “the jab”. One reason is many have already recovered from COVID. They question why they need a shot to take care of what their own body is now designed to fight.

Others are hesitant because of the haste in which the COVID vaccines were approved. As an increasing number of potential side effects from the vaccine surface, many people are growing more entrenched in their feelings.

At what risk do you take a vaccine that might do more harm than good? Newly released documents support decisions by those who have been reluctant to get a COVID shot. Attorney Aaron Siri has published an initial report addressing information he demanded from the Federal Drug Administration (FDA).

Siri, the Managing Partner of Siri and Glimstad, has considerable experience with civil litigation cases. He has specialized in cases involving lawsuits brought by clients who have endured injuries from vaccinations. It required a civil lawsuit to pry this information from the FDA.

In a discussion with a U.S. Congressional panel led by Senator Ron Johnson, Siri said his law firm had received hundreds of legal requests about COVID vaccination problems. The documents reveal over 150,000 incidents involving side effects have been reported to Pfizer.

Siri proclaimed, “If we actually sued all of the pharmaceutical companies for all of the complaints, it would actually be impossible for all of the attorneys around the country, around 100, to handle all of those matters.”

Of the thousands of documented side effects, the data indicate more than 25,000 of these have directly affected the central nervous system. These numbers become even more disturbing when we consider the period for claims fell within a short two-and-a-half month window.

This timeframe was during the initial months when Pfizer was distributing vaccines under Emergency Use Authorization (EUA). Pfizer even admits that the company was overwhelmed by, “the large numbers of spontaneous adverse event reports received for the product.”

The alarming ramifications of this data are further supported by shocking revelations within the Vaccine Adverse Effects Reporting System (VAERS) for COVID. There have been over 18,000 deaths resulting from the COVID vaccination and nearly 100,000 hospitalizations.

Nearly 100,000 more adverse vaccination incidents have required urgent care. There are thousands of reported cases of Anaphylaxis and Bell’s palsy. No one expected that there wouldn’t be problems with a hastily approved vaccination.

There aren’t many people fighting against the mandates who dispute that the vaccines have at some level been useful. They take issue with the tyrannical mandating of the COVID vaccine. Joe Biden has overstepped his authority. He is not a dictator, although he thinks he is.

The choice to receive a COVID vaccination should be a personal one. It should involve a thorough consideration of individual health circumstances. “The jab” may not be for everyone. The increasingly disturbing number of reported side effects must be part of the conversation. However, the mainstream media refuses to engage in open discussion.

Their reasoning is simple. Fake news doesn’t want to upset their cozy relationship with the radical liberals. Joe Biden and his liberal cronies don’t care about the American people. They feel they have been remanded control over public and personal decisions. They have not.

Joe Biden’s vaccine mandates are not concerned about the health of our nation. They’re a strategy designed to impose complete government control of our lives. Many are resisting a shot because of this issue. However, it’s now obvious that others have viable reasons to refuse the COVID vaccination for legitimate health concerns.