Red State Conservative
HomeThe LatestSLIP OF THE TONGUE? Biden Fact-Checked After Claiming He Met With Israeli...
The Latest

SLIP OF THE TONGUE? Biden Fact-Checked After Claiming He Met With Israeli PM Golda Meir 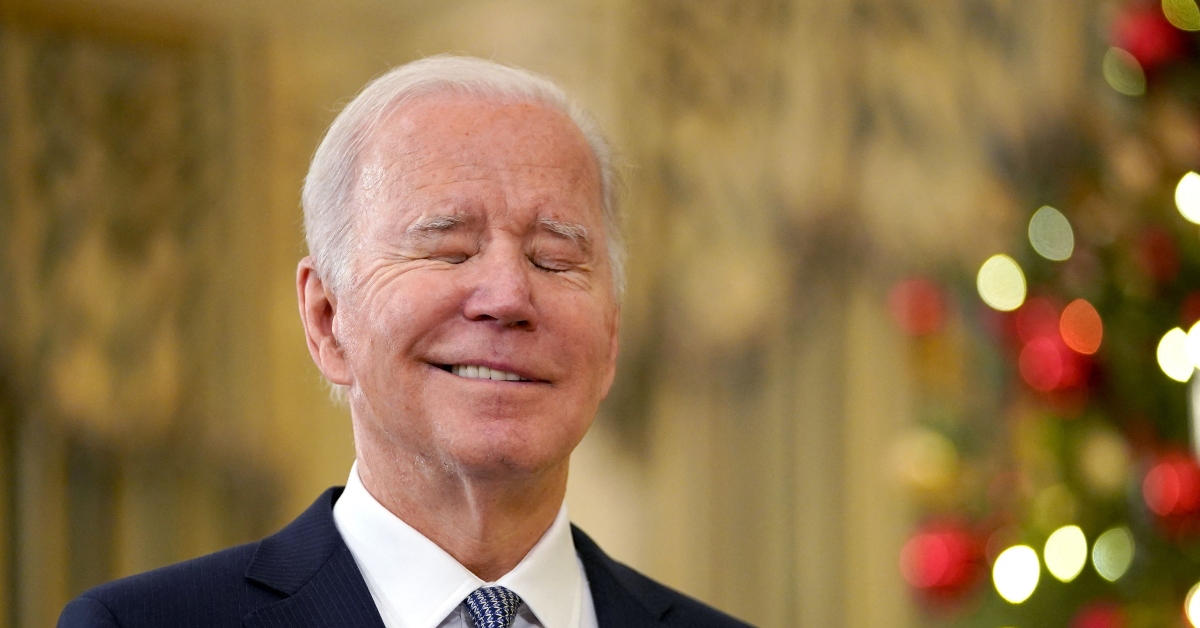 President Biden, who is known for embellishing events in his life, appears to have done so again regarding a story he told this week about the late Israeli Prime Minister Golda Meir.

On Wednesday during an event commemorating Hanukkah at the White House, Biden said he met with the Israeli PM while serving as a liaison during Israel’s Six-Day War with Egypt, but history does not square with his ‘facts.’

“I was saying to a couple of young members of my staff before I came over about the many times I’ve been to Israel, and I said — all of a sudden I realized, God, you’re getting old, Biden,” he began, which caused some laughter from the audience.

“I have known every — every prime minister well since Golda Meir, including Golda Meir. And during the Six-Day War, I had an opportunity to — she invited me to come over because I was going to be the liaison between she and the Egyptians, about the Suez and so on and so forth,” Biden contended.

Biden says he went to Israel during the Six Day War to act as a liaison. He’s lying. That never happened. Totally normal. pic.twitter.com/rqLysviI4U

“And I sat in front of her desk. And she had a guy — her staff member — to my right. His name was Rabin. And she kept flipping those maps up and down. She had that bevy of maps — sort of kept it — and it was — it was so depressing what she was — about what happened. She gave me every detail,” Biden added.

However, as The Daily Wire reports:

The historical complication for Biden is the fact that the Six-Day War, also known as the Third Arab-Israeli War, took place between June 5-10, 1967. At the time, Biden was still a student at the Syracuse University School of Law — he would not graduate until 1968 and would not be elected to the U.S. Senate until four years later, in 1972. Additionally, Meir was not elected Prime Minister of Israel until March 17, 1969.

Biden did visit Israel during Meir’s tenure, but it was not until 1973 — on the eve of the Yom Kippur War. It was his first major overseas trip as a senator, and he has often called it “one of the most consequential meetings I’ve ever had in my life.”

Biden went on to claim that Meir was a chain smoker and did so through their meeting while providing him with details about all of the security threats that her country faced daily. During an interview in 2010, Biden even said that Meir told him about a “secret weapon” Israel allegedly possessed when it came to wars with the country’s more populous neighbors.

“We have a secret weapon in our conflict with the Arabs,” Meir told Biden. “We have no place else to go.”

That said, a once-classified memo, the details of which were published by the Times of Israel, provide differing details of the meeting:

Biden warned that Israel’s actions in the territories it had captured during the Six Day War, including the West Bank and the Gaza Strip, were leading to “creeping annexation.”

Since he believed Israel was militarily dominant in the region, he suggested the Jewish state might initiate a first step for peace through unilateral withdrawals from areas with no strategic importance.

The official said Biden criticized the Nixon administration for being “dragged by Israel,” complaining that it was impossible to have a real debate in the Senate about the Middle East as senators were fearful of saying things unpopular with Jewish voters.

The official added his own personal impressions regarding the young senator at the bottom of the document, saying Biden was full of respect toward the Israeli leader and repeatedly said he had come to learn, “and yet while speaking displayed a fervor and made comments that signaled his lack of diplomatic experience.”