Sebastian Gorka Predicts Trump Will Run In 2024, Unless One Thing Happens 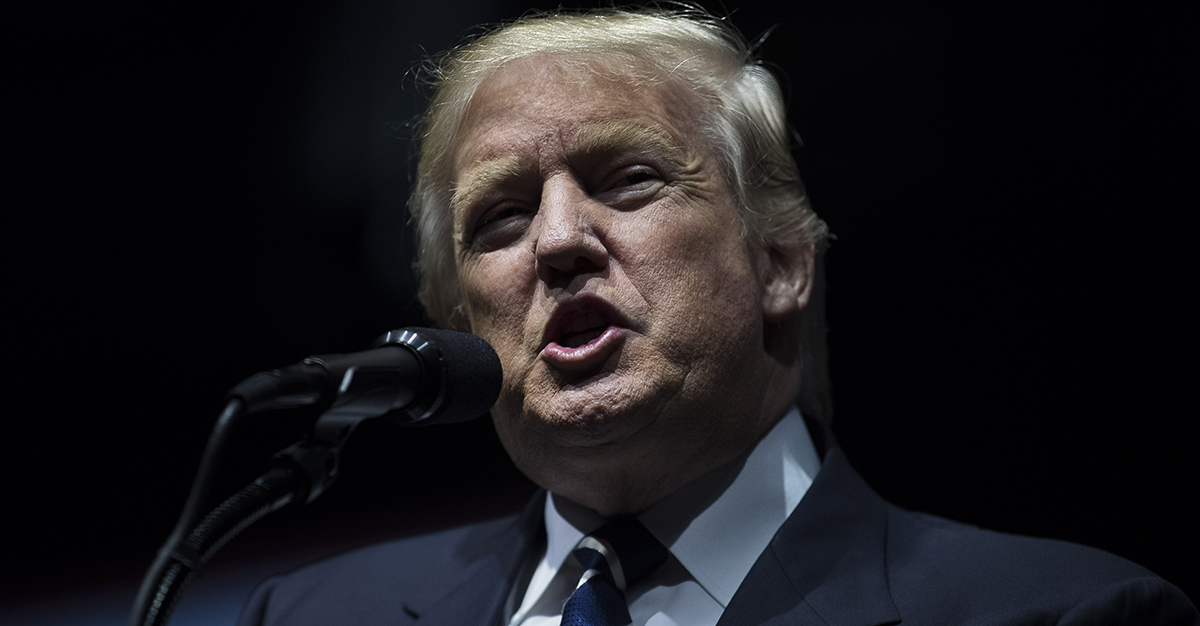 Sebastian Gorka, a conservative political pundit, radio host and former member of President Donald Trump’s administration, believes that the 45th President of the United States will compete for the presidency again in 2024, unless one thing happens.

He spoke on GB News last week and said he believes that the chances of Trump running again in 2024 are 99 percent, The Washington Examiner reported.

“I saw the president recently in New York. Before I went to see him, I told everybody on my radio show, ‘I give it a 95% chance that he’s running,’” he said.

But there is one way the Democrats could stop him from running again in 2024, though it is a long shot.

“There’s only one thing that will stop him: If we don’t crush the Democrats in the midterm elections next year. Because he can’t be at the mercy of impeachment again. He has to have the House and the Senate behind him,” he said.

He highlighted the Biden administration’s “disastrous” first year and said that he believes Trump will “stroll back into the West Wing.”

And he could be correct as a poll in September showed Trump would defeat Biden if the two faced off again.

The survey released by Emerson College found that Trump is now President Biden 47% to 46%.

For Trump to make such a political comeback after what happened in the 2020 election cycle is incredible.

“Historically, this data reminds me of 1912 when Teddy Roosevelt failed to win the Republican nomination from then-President Taft and created a third party dooming the Republican chances against Woodrow Wilson,” Spencer Kimball, Director of Emerson College Polling, said in a statement.

“This data suggests that Republicans want either Trump or a Trumpian candidate to be their nominee, or half of them may split from the party,” he added.

Biden’s team is under pressure as more polls have been released showing that Americans disapprove of his performance as president.

A Washington Post-ABC News poll found that Biden’s approval numbers have fallen to a dismal 44 percent.

The poll also found that 24 percent of respondents “strongly disapproved” of Biden’s performance in office.

Only 24 percent said they “strongly approve” of Biden’s performance.

–Biden disapproval numbers have also dropped. In April, 39 percent disapproved of Biden job performance, while in September it stands at 42, a three-point shift.

–The shift in strong sentiment seems indicative of nationwide polling in battleground states, where Biden is struggling heading into the 2022 midterms.

–In 25 out of 27 seats in 18 battleground states, Biden’s approval rating is underwater. Additionally, in 12 out of 13 races where Republicans currently occupy the seat, Biden also has a negative approval rating. In seats currently held by a Democrat, 13 out of 14 seats are impacted by Biden’s diminished approval rating.

The vast majority of American voters also believe Biden should resign as president following the disastrous withdrawal of American troops from Afghanistan.

According to Rasmussen Reports on Wednesday, a poll asked respondents “Should President Joe Biden resign because of the way the US withdrawal from Afghanistan was handled?”

Some 52 percent of likely U.S. voters responded that they believe Biden should resign, in a poll that was taken over telephone and online nationally.

According to the poll, only 39 percent of likely U.S. voters disagreed, following 9 percent who said they are not sure.

The survey points out that opinions over Biden’s resignation are “sharply divided along party lines,” with three-quarters of Republicans agreeing that Biden should retire.