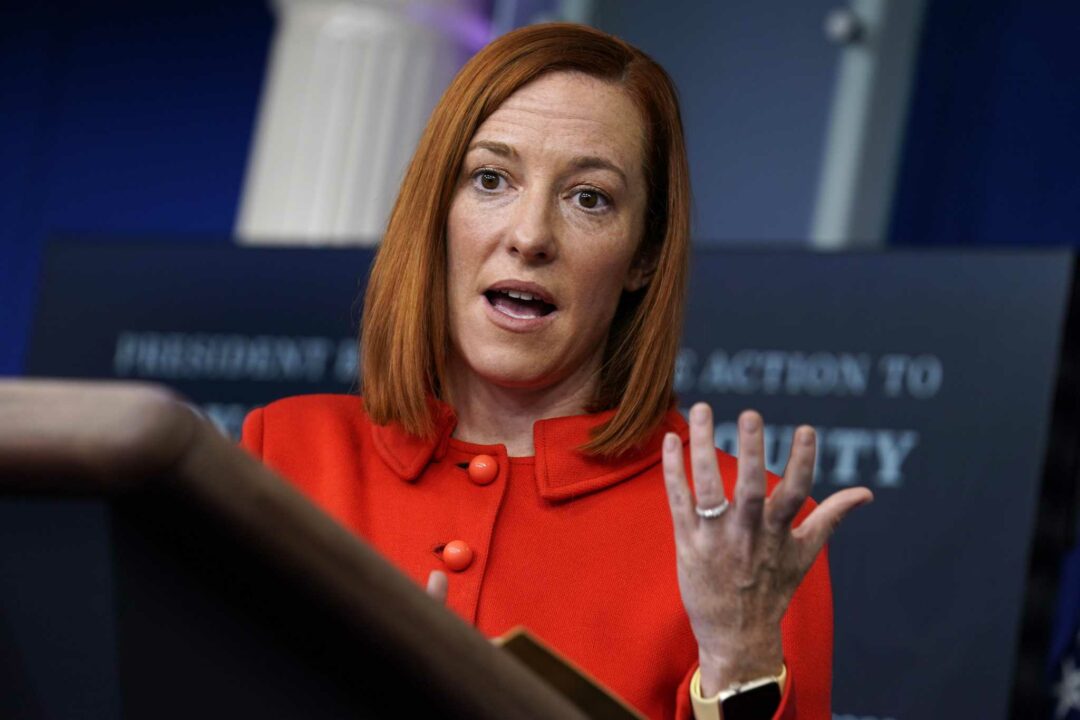 As part of the press briefing that took place this past Friday, Jen Psaki, the White House Press Secretary, was questioned, repeatedly, about Old Uncle Joe’s recent battle with what is being called a cold.

Firstly, one reporter questioned Psaki about Biden’s recent extreme COVID testing regimen: “I know Dr. O’Connor said that he was tested three times this week, but is there a change in protocol where he is going to be tested daily?”

In response, Psaki stated that the White House “just put out some details” that they had received from Biden’s doctor talking about “how many times he’s been tested,” before adding that the president is currently not being tested on a daily basis.

Another reported chimed in next, making the claim that Biden “did say he was tested every day for COVID,” and then going on to press, “so did he just misspeak there?” Psaki once again took the time to point out the “transparent note” that was issued by the White House.

It was then that Psaki’s old rivel chimed in as Peter Doocy questioned Psaki concerning the etiquette relating to traveling into work while infected with a currently symptomatic illness,m along with the fact that COVID tests have a chance to send out false-negative flags.

“One more topic, to follow up on some of the questions from earlier. The president was hoarse and coughing today. A lot of people in the workforce are encouraged not to go to work if they are exhibiting those symptoms, even if they are fully vaccinated,” stated Doocy. “So, are the rules different for the president?”

In response to this, Psaki exclaimed:

The president, again, was tested, as we put out in some — in a transparent piece of information from his doctor, where he received a response quickly from that test, enable him — enabling him to proceed. People also had — he had a cold, which is what you know from the information put out by the doctor.

“But as you know from your own experience, it is possible to test negative several times before there’s a positive test,” Doocy stated, pressing further. “So is there any concern about having him at work while he’s got these symptoms, even if he is showing negative tests?”

“I can assure you that the president follows every protocol,” answered Psaki. “He wants to keep everyone safe in the White House. And that’s why, obviously, he — we consult with the doctor and we put out that information to make it available to all of you.”

At an earlier point in the press briefing, while talking about the jobs report from November, Ole Uncle Joe was questioned about his rough and hoarse-sounding voice.

“First of all, Mr. President, your voice sounds a little different,” asked one reporter. “Are you okay?”

I’m okay. I have a test every day to see — a COVID test. I — they check me for all the strains. What I have is a one-and-a-half-year-old grandson who had a cold, who likes to kiss his Pop. And he’d been kissing my — anyway, so — but it’s just a cold.

Later on, Dr. Kevin O’Connor, the White House physician, put forth a release that talked about Biden’s cold, which stated in part: “Investigation has included a comprehensive respiratory panel which includes 19 common respiratory pathogens, to include COVID-19, other coronaviruses, influenza, streptococcus, to name a few. … All of these tests were negative. Including the above, he has been tested for COVID-19 three times this week.”

The post Psaki Grilled Over The Secrecy Around Old Uncle Joe’s Recent Illness appeared first on Steadfast and Loyal.