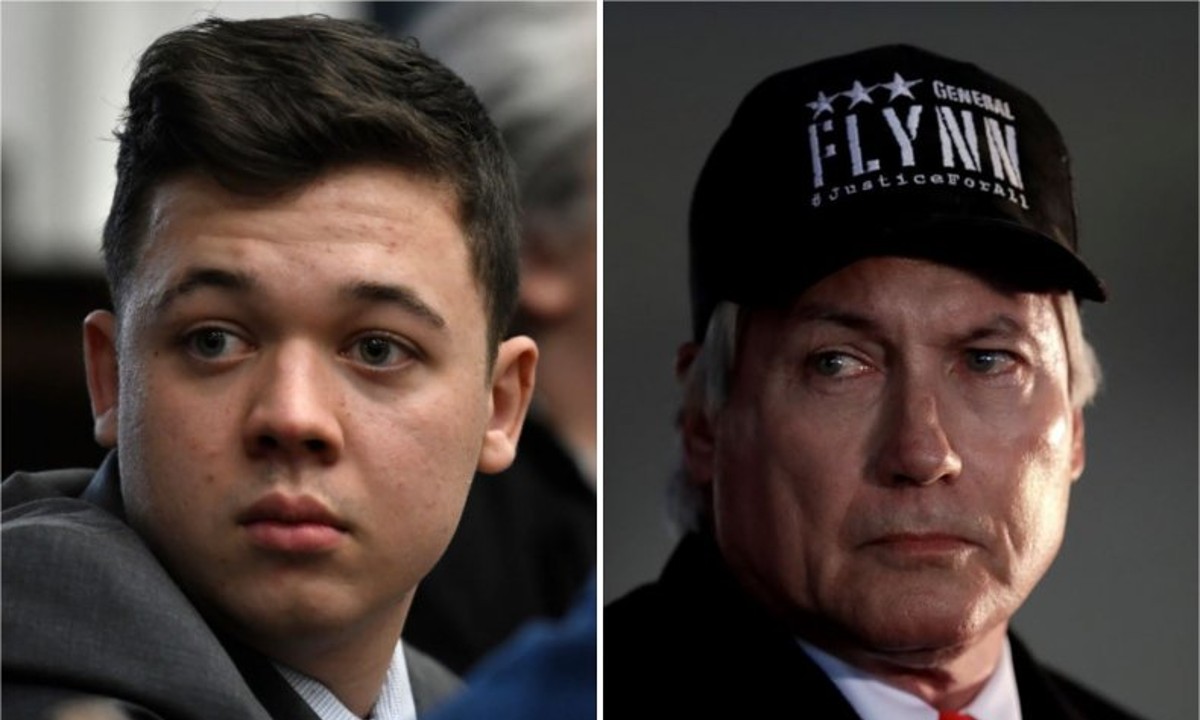 Kyle Rittenhouse launched broadsides as one Lin Wood, one of his first attorneys, branding the Georgia-based lawyer a “fraud” who he blamed for keeping him locked up for 87 days.

In an interview with Turning Point USA founder and leading conservative voice Charlie Kirk, Rittenhouse addressed what happened in the weeks after he turned himself into police following the shooting deaths of Joseph Rosenbaum and Anthony Huber and the wounding of Gaige Grosskreutz.

All of the shootings were deemed acts of self-defense earlier this month when a Kenosha, Wis., jury found the teen not guilty of murder and reckless endangerment charges.

During one segment, Kirk asked Rittenhouse to explain why he was in jail for so long.

“So, when I got arrested, [attorneys] Lin Wood and John Pierce started raising funds without my family’s permission,” Rittenhouse began. “Then they went on to fight an extradition motion using a novel argument saying I was in a militia so John Pierce could be paid and Lin Wood could get paid and grow his business and profit, apparently.

“And, while doing that, I said I don’t want to fight extradition, I did nothing wrong, I wanna go litigate this in Wisconsin because I didn’t do a single thing wrong,” Rittenhouse continued.

Why was Kyle Rittenhouse needlessly jailed for 87 days? Who stood to benefit?

In The Rittenhouse Interview, exclusively on The Charlie Kirk Show, he names names.

He went on to say that the two attorneys “didn’t respect” his beliefs or wishes, but that in the end, the team lost “the extradition battle” and he “got shipped off to Wisconsin” without the attorneys’ knowledge.

Rittenhouse said Pierce “had no idea until I called him that I was in Wisconsin.”

“That is your lawyer,” Kirk asserted in disbelief.

Rittenhouse went on to say that he did not know at the time what a militia was.

“And then, Lin Wood is going on with all this ‘QAnon’ stuff — ‘Q-Lin’ — he’s just off his rails, completely insane, he needs to get on meds or something,” Rittenhouse continued.

After Kirk noted that Rittenhouse, at the time, was legally considered a minor at the age of 17, he pointed out again that his attorneys, for a time, had no idea their client was in jail in Wisconsin.

“It’s ridiculous,” he said. “I’m in Wisconsin and I have to stay there an extra 20 days because Lin Wood and John Pierce have to scramble to raise money when they had it [prior] but they wasted it on extradition instead of looking out for my best interests.

“Lin Wood and John Pierce like to think they’re the heroes in this case. They’re just a bunch of fraud men,” he continued.

Rittenhouse has been critical of his first legal team before.

In interviews with Fox News and NewsNation earlier this month, he said that he also fired Wood and Pierce because he believed they were using him to raise money and were not focused on his defense.

“That’s part of the reason why I fired them,” he told NewsNation’s Ashleigh Banfield.

“We fired him because he was, like, going on with all this QAnon and election fraud stuff and just stuff we don’t agree with,” Rittenhouse added.

“And what else was in the mix?” Banfield pressed.

“Just how he is as a person,” Rittenhouse said.

“He’s insane… How he thinks he’s God and he just says all these weird things. Like, ‘we’re going to keep that boy in jail because there’s not gonna be any… civil or criminal cases come the election,’ which is just complete insanity,” Rittenhouse added.

“I was in jail for 87 days,” Rittenhouse went on to tell Fox News host Tucker Carlson. “Lin Wood was raising money on my behalf, and he held me in jail for 87 days, disrespecting my wishes, put me on media interviews which I should never have done, which he said, ‘Oh, you’re going to go talk to The Washington Post,’ which was not a good idea, along with John Pierce. They said I was safer in jail instead of at home with my family.”

“Your lawyer said that?” Carlson asked.

“My lawyers said that,” Rittenhouse responded.