J.K. Rowling Called Out By Jon Stewart Over Hidden Anti-Semitism While Ignoring Comment Made By Trevor Noah 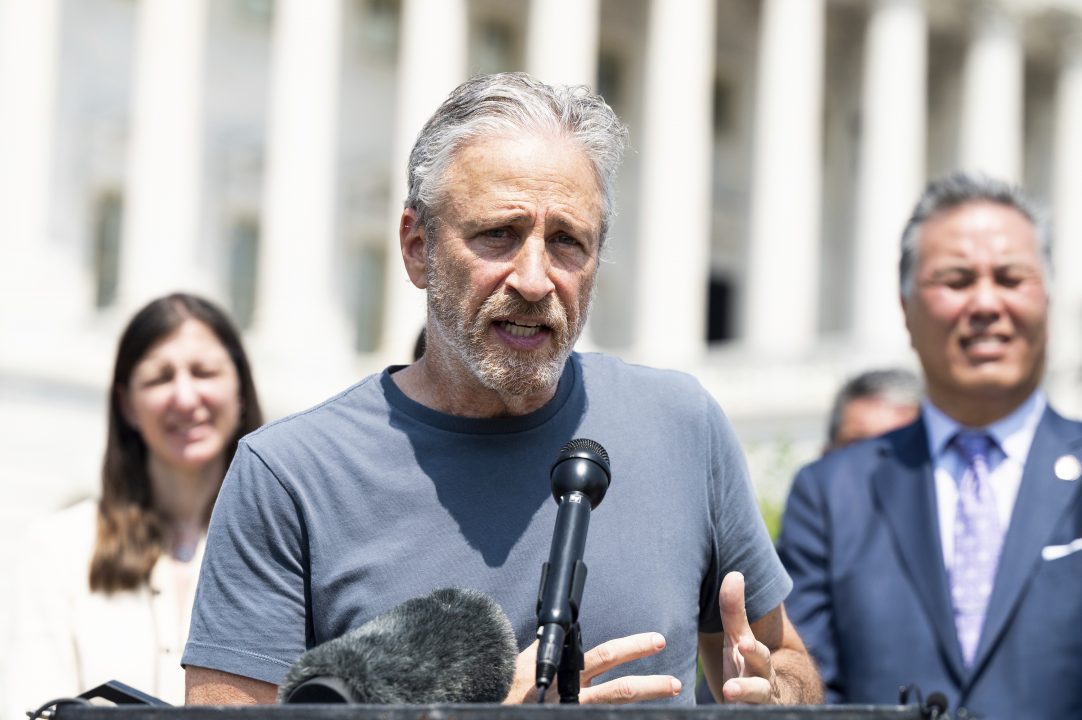 Jon Stewart, a well-known Jewish comedian and TV host, asserted the claim that the goblin characters found in J.K. Rowling’s Harry Potter series are a blatant stand-in for the Jewish people.

“Here’s how you know Jews are still where they are,” stated Stewart on his show hosted by Apple TV+ this past month. “Talking to people, I say: ‘You ever see a Harry Potter movie?’ And people are like, ‘I love the Harry Potter movies!’ And I’m like, ‘You ever see the scenes in Gringotts Bank?’ And they’re like, ‘I love the scenes in Gringott’s Bank!’ And I go, ‘Do you know what those folks who run the bank are?’ And they’re like, ‘What?’ And I’m like, ‘Jews!’”

Stewart went on to state:

And I’ll say, ‘Let me show you this from the Protocols of the Elders of Zion. I just want to show you a caricature.’ And they go, ‘Oh, look at that, that’s from Harry Potter!’ And you’re like, ‘No, that’s a caricature of a Jew from an anti-Semitic piece of literature.’ J.K. Rowling was like, ‘Can we get these guys to run our bank?’ … It’s a wizarding world … we can ride dragons, you can have a pet owl … but who should run the bank? Jews, … but what if the teeth were sharper?”

It was one of those things where I saw it on the screen and I was expecting the crowd to be like, ‘Holy sh**, she did not, in a wizarding world, just throw Jews in there to run the f***ing underground bank. And everybody was just like, ‘Wizards.’ It was so weird.

Yascha Maunk, another well-known Jewish political commentator and journalist, stated their doubt about the overall sincerity of these sudden and extreme charges of antisemitic bigotry being slammed against Rowling, seemingly suggesting that they stem solely from the displeasure seeping from Hollywood from her views on other topics.

“J. K. Rowling is not an antisemite. And the ease with which major voices and legacy media outlets are smearing her as one because they dislike her stance on a different issue is truly dystopian,” he tweeted out seemingly in reference to the extreme criticism slammed against the author for her most recent statements about the transgender movement as a whole.

It was reported by The Daily Wire that Stewart was oddly quiet  when not condemning or even bringing up the  extremely anti-semitic statements from Trevor Noah, his successor for the “Daily Show.”

As reported by Haaretz, an Israeli newspaper, the past anti-semitic comments from Noah include:

When these comments came to light, Stewart went to his defense and asked the viewers of Comedy Central to give the new host a second chance. “I do hope you give him the opportunity to earn that trust and respect,” he stated before adding, “My experience with him is that he is an incredibly thoughtful and considerate and funny and smart individual. I think, you give him that time, and it’s going to be well worth it. I’m excited for where he’s going to take the thing.”

The post J.K. Rowling Called Out By Jon Stewart Over Hidden Anti-Semitism While Ignoring Comment Made By Trevor Noah appeared first on Steadfast and Loyal.