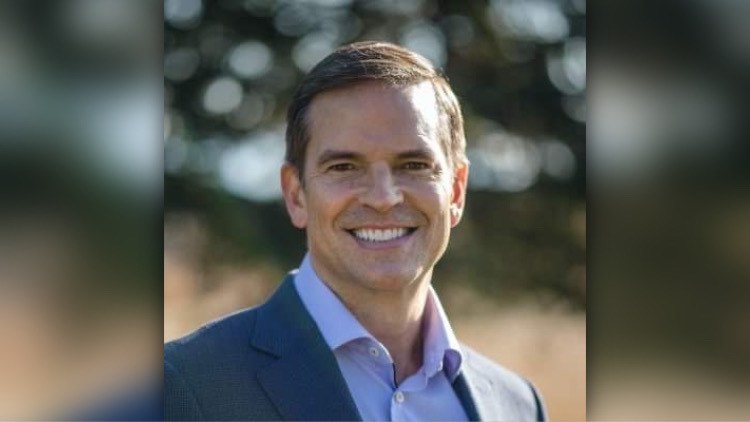 The text message from the celebrity venture capitalist boasted about his most recent conquests—in the bedroom, not the boardroom.

“In Austin tonight,” Michael Goguen wrote in a message. “Met with my blonde baby mama early in the evening then she had to go home to her husband. A normal guy would have gone to bed, but I decided to go out. By 2am I was exhausting a new addition to the harem. 20 yrs old, Brazilian and Thai mix. Sweet as hell, total nympho.”

The text from star venture capitalist Michael Goguen boasted about his latest conquests—in the bedroom, not the boardroom. https://t.co/7sx0ucHBse pic.twitter.com/GdFBwsy6l7

He included a photo of one of the women to emphasize his point.

It was August 2013, and Goguen, then a 49-year-old Sequoia Capital partner, had sent the text to Matthew Marshall, one of his newly hired employees who allegedly claimed to be a former CIA operative with experience conducting Marine Corps reconnaissance. He was the ideal person to entrust a secret to.

Marshall was filled with admiration. “Good God!!! She’s gorgeous!!! You are the man!!! Truly!!!” he wrote back.

Hundreds of other messages were exchanged between the two over the next few months. “She was so fuckin tiny I think I crippled the poor girl for a week,” Goguen wrote that September, referring to a 21-year-old woman.

Other texts were darker in tone, focusing on Goguen’s methods for carrying out the plots and maintaining his public image, such as using “safe houses” in his hometown of Whitefish, Montana, and allegedly conducting “surveillance” on his opponents.

He and Marshall also talked about plans to conduct paramilitary missions abroad, which would theoretically allow Goguen, who was worth at least hundreds of millions of dollars, to act as a covert Batman against global crime and terrorism.

Together, they formed Amyntor Group, a defense contractor designed to be “heavily focused on intelligence,” Goguen stated last month. The objective was altruistic, he said, like helping rescue Yazidi women from genocide in Iraq: “I’ll fund that all day long.”

According to a court filing later submitted by federal prosecutors, Goguen wired more than $2 million to Marshall for the paramilitary missions over multiple payments, including $750,000 in 2015 “to strike Syrian Terrorist Leaders,”

But these grandiose plans to save the world never came to fruition. In fact, none of the covert missions were carried out.

Marshall pleaded guilty to wire fraud, money laundering, and tax evasion last month, and admitted to defrauding the venture capitalist by spending his money on “loans and gifts to friends and family members.” He will almost certainly have to repay Goguen more than $2.3 million.

Marshall’s indictment also revealed that he “was never employed as a CIA agent,” nor was he associated with a Marine Corps elite reconnaissance unit. Prosecutors also claimed in court that he may have fabricated some case-related documents.

On the surface, the plea suggested that Amyntor was a sham. However, the truth is far more complicated.

Amyntor did, in fact, compete for government contracts, including a previously reported proposal to build a private “spy network” for the Trump administration. According to former employees, executives considered offering services to foreign governments such as the United Arab Emirates, Saudi Arabia, and Libya.

Goguen insists he had no knowledge of the plans.

The scandal has engulfed the entire town of Whitefish, a bucolic haven for the wealthy on the outskirts of Glacier National Park. And it’s just one tentacle in a web of legal entanglements involving Goguen, involving a slew of overlapping characters, ranging from an explosive sexual misconduct lawsuit to an extortion plot by a friend.

Goguen has won all of these legal battles, but there are still many unanswered questions.

Based on private messages, two dozen interviews, and thousands of pages of legal documents, one charitable interpretation of Goguen is that of a serial womanizer with terrible judgment who got dragged into an epic con—a man whose misadventures made him vulnerable to swindlers but who never broke the law.

“You’re supposed to be an investor for a living, have these wonderful instincts and all that, and you’ve been suckered,” he lamented.

His growing list of foes, including Marshall, the former Whitefish chief of police and a (real) CIA alum, believe something more sinister is at work.

Time is running out to see if they can prove it.

Matt Marshall was an expert at spinning yarn. He began working as a contractor in Iraq with the infamous private military firm Blackwater in 2004, and he allegedly claimed to have extensive recon experience with the Marines from the start—a credential that made him especially appealing.

According to two people familiar with the situation, no one bothered to verify Marshall’s backstory. According to Dale “Chip” McElhattan, who worked for Amyntor after assisting the State Department in overseeing contractors in Iraq, people took Marshall’s statements at face value.

“We just had to do a shotgun blast of recruiting… and we just thought they’d tell the truth,” McElhattan said.

Marshall met Goguen through a mutual acquaintance in 2012, resulting in yet another dispute over his integrity. That January, Goguen received an email that appeared to be from Marshall, in which he introduced himself as a “former special operations Marine” who could assist Goguen to “look into personal security.”

According to Goguen, he eventually received a copy of Marshall’s alleged resume, which claimed he had experience as a paramilitary operations officer in “Ground Branch SAD,” referring to the CIA’s covert Special Activities Division. It also went into detail about his time in the Marines, where he allegedly took part in hostage rescues, deep reconnaissance, and “direct action assault operations” between 1988 and 1996.

Marshall had actually served in the Marine reserves between 1994 and 1999, receiving a “Other Than Honorable” discharge “after accumulating 82 absences from inactive duty training,” according to the Department of Justice. At the same time, he was a state trooper in Indiana.

But Goguen was unaware of this, and he fell for the pitch. “[Marshall] looked the part, sounded the part, had the lingo,” he recalled. “He was really pulling on the hero-complex strings.”

The pair first met in person in 2013 at a conference in Las Vegas, which culminated in a visit to the Spearmint Rhino strip club. Marshall soon joined Goguen’s team and moved into the venture capitalist’s home. (This later resulted in another discrepancy: prosecutors claimed Marshall forged documents to give the impression he had been given the property; the matter was settled separately from his criminal case in 2019.)

“Hey buddy, don’t forget to work on getting us a re-supply of superman vitamins ASAP,” Goguen wrote in a July 2013 text message. (Marshall later testified in a sworn statement that Goguen had been referring to Viagra.)

Over the next 15 months, the married couple exchanged dozens of messages about their sexual exploits, referring to a “harem” of women Goguen allegedly kept on rotation and “safe houses” where they met.

Marshall texted in August 2013 to ask if he should make an offer on another “safe house.”

“Yes, let’s make an offer,” Goguen replied. “I want to try even harder to keep this one super discrete [sic] so I’ll be setting up a new trust specifically for this one with me as the hidden owner, and the wire won’t come directly from me this time.”

Goguen insisted that his behavior was legal; “harem” referred to the number of girlfriends he was juggling, while “safe houses” was a term Marshall coined.

Many of the texts included graphic photographs of women, accompanied by details of the sexual encounter.

In between chest thumping, the pair would occasionally get down to business. Marshall texted in October 2013 that the cost of a planned operation in Mexico would be close to $500,000 after accounting for “additional personnel, equipment, and bribe $$$.”

The venture capitalist later texted the link to a news item about abducted girls in Nigeria, saying it was the kind of situation he hoped Amyntor would one day be able to address: “Talk about global scale Batman shit,” he wrote.

Marshall, meanwhile, kept Goguen in the loop via text about other crackpot ideas, including a “personnel recovery request” and an “offer to take out the number 2 guy in a group across the border.”

Neither mission happened, Goguen said—assuming the opportunities were even real.