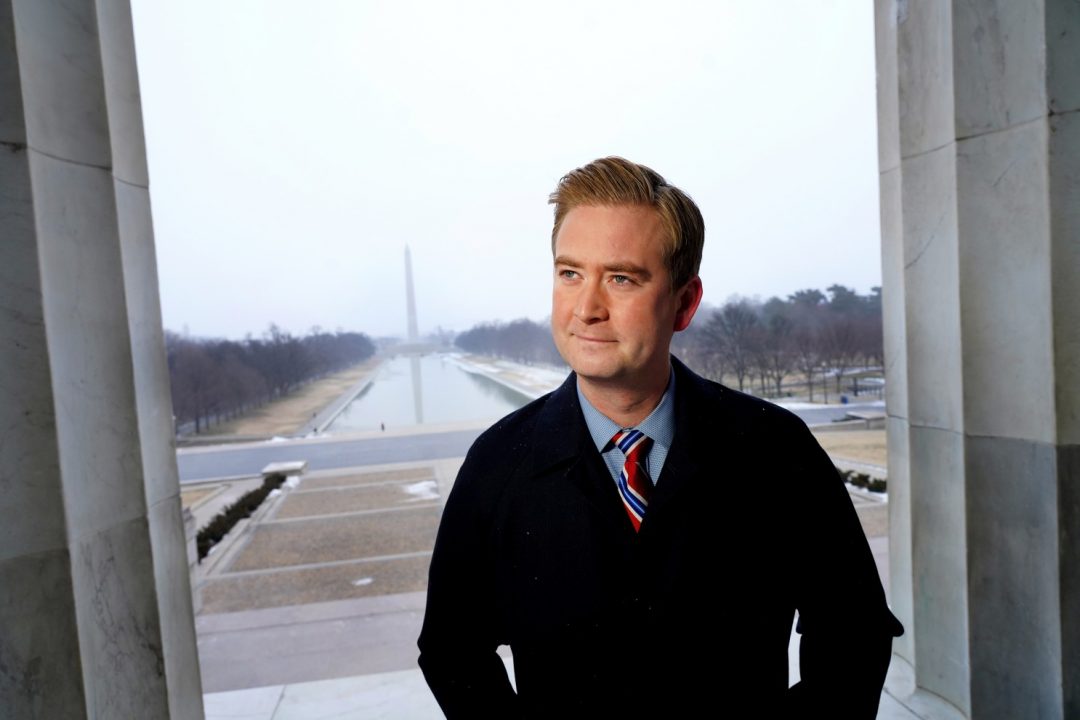 Peter Doocy, Fox News White House correspondent, called out Jen Psaki, the Biden administration’s press secretary, directly by asking for an explanation as to why President Joe Biden and his administration have been so utterly “unprepared” for the extreme spike in demand for COVID-19 testing.

In the wake of spending the majority of his own holiday season isolating with COVID-19, Doocy stated that he directly followed the advice of Old Uncle Joe, who flat out stated to “Google COVID test near me,” and ended up finding out that all of the testing centers were completely booked and had no available appointments at all.

After learning of Doocy’s isolation and instantly interrupting his actual question, Psaki took time to rib him by asking whether he had spent his entire time in quarantine holed up watching his own network. In response, Doocy replied that in addition to watching Fox News content, he had “exhausted the full catalog of Guy Fieri content.”

DOOCY TIME: “I heard the President say, ‘Google Covid tests near me.’ So, somebody isolating with Covid, I did that, and the appointments everywhere were completely jammed. So, why is it you guys were so unprepared for the need for testing after the holidays?” pic.twitter.com/tE3NBQ3a8l

“I heard the President say, ‘Google COVID tests near me.’ So, as somebody isolated with COVID, I did that, and the appointments everywhere were completely jammed. So, why is it you guys were so unprepared for the need for testing after the holidays?” questioned Doocy.

“Well, Peter, I’m happy to see you back and well,” stated Psaki. “I would second say that there has been a massive surge in cases — as you know and were a part of — in D.C. and New York. And there has been an unprecedented — and in other parts of the country as well — there’s been unprecedented demand for tests.”

“So what we have done over the course of the last few weeks and even before that, is the president quadrupled our testing capacity since the summer,” stated Psaki. “We opened 20,000 sites across the country and we’ve also opened additional federal sites, including one in D.C. only recently.”

Psaki then took time to try and laud the president’s promise to acquire and send out over 50 million tests to the Americans that need them, all the while securing various contracts in order to get more test kits and make sure that even more rapid tests were available and had a stamp of approval for emergency use.

Doocy then put forth the argument that patients would have to travel and then wait in line for these tests, which is a plan that goes against the guidance from the Centers for Disease Control and Prevention (CDC) that advises those experiencing symptoms to stay in their homes. He also made reference to the promise from Biden to send out test kits to the American people by questioning once again why the administration needed to scramble to get this to work by failing to be prepared before the promise was made.

Doocy: “[T]ests…require people to go somewhere & either make an appointment or wait in line….You guys said you were going to mail free tests to people that need them. [Biden’s] talking about a winter of severe illness & death…Why weren’t you guys not doing more to prepare[?]” pic.twitter.com/eA4yCJ94MJ

In response, Psaki stated that there would be far more information given out on the incoming test kits in a release coming later in the week, but Doocy continued to question the issue. “At the rate you guys are going, these tests are not going to be available until spring, so will you admit that these free tests you guys promised are not going to be ready until after the omicron surge?” he pressed.

Still, Doocy continued to press, asking if the federal government would think about rolling back their vaccine mandates for all federal employees, which include those working for the USPS if it ended up meaning that they would keep more employees and could further facilitate the delivery of test kits to Americans more rapidly.

Psaki then stated that she was sure that the Postal Service was entirely ready and “eager to take on this challenge” especially without the mandate being countermanded.

Doocy then asked his final question about vaccines and if, after a large number of people including himself had tested positive despite being “triple vaxxed,” Biden still planned to call the spread of COVID-19 a “pandemic of the unvaccinated.”

Psaki went on to state that the language in the quote still applied because there are many people who are unvaccinated and these illnesses can be fatal.

The post-Doocy Hurls Criticism At Psaki Over Testing Failures appeared first on Steadfast and Loyal.