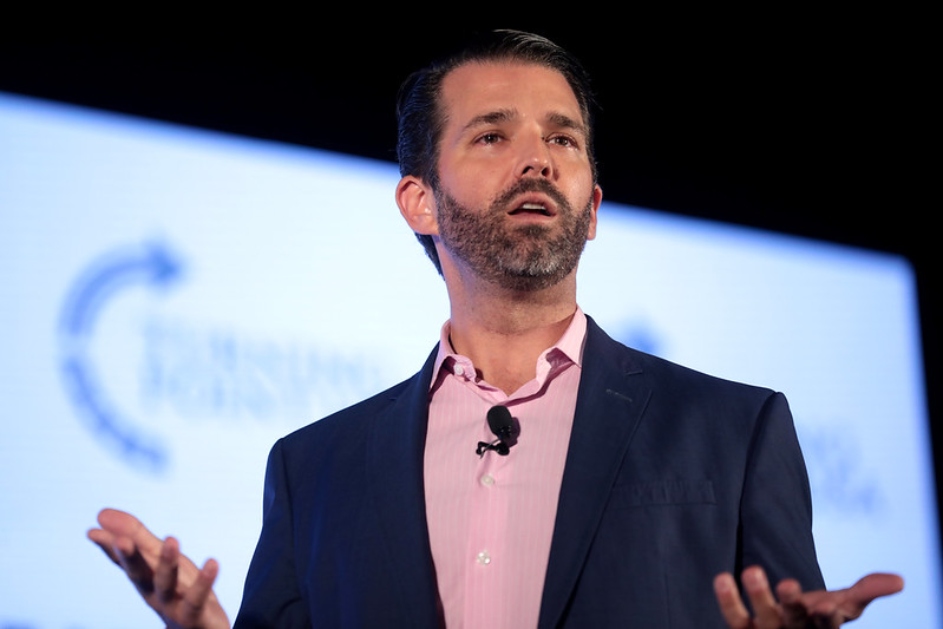 This is Biden’s first Christmas at the White House, and many were curious to see how her decorations compared to Melania Trump’s darker-themed decorations from the previous four years.

“Anyone who ever criticized Melania’s Christmas decorations needs to apologize right now,” Trump said while sharing a comparison of the two decors in an Instagram post.

In the second photo included in the same post, he said: “Lower expectations! The official Brandon administration.” Referring to the “let’s go Brandon” slogan, which is intended to insult US president Joe Biden. The slogan is a euphemism for “F*** Joe Biden” in conservative circles that sprung from a misheard chant at a NASCAR race in October.

“If we lower our expectations any further, we’re gonna turn into an S-hole country, Trump Jr captioned the post.

Biden’s decorations had a softer tone to them.

Her gingerbread house also had a complex landscape with a hospital, a petrol station, a school, a post office, and a grocery shop opposite the White House, which some speculated was a homage to the first responders who were on the front lines during the coronavirus pandemic.

Inspired by the acts of kindness and experiences that lifted our spirits this year, decorated rooms in the White House reflect the Gifts from the Heart that unite us all: faith, family, friendship, the arts, learning, nature, gratitude, service, community, peace, and unity. pic.twitter.com/fsaYFthIqH

Biden’s Christmas decorations are not nearly as “stylized or surreal as the Trump-endorsed looks that preceded them”, The New York Times wrote. It added that even though there is plenty of “cheerful and sparkly, but in the context of recent White House holiday styles, it’s positively … accessible.”

“Gifts from the Heart” is this year’s White House Christmas theme. Melania Trump has been chastised in the past for her darker Christmas decorations.

With Melania Trump out of the White House we can safely say that the War on Christmas is officially over. Or at least the apocalyptic nuclear fall out has dissipated. pic.twitter.com/08DO5UA7Lr

She was also heard stating: “And then I do it, and I say I’m working on Christmas and planning for Christmas and they say, ‘What about the children that are separated?’ Give me a f***ing break.”

“Those Christmas decorations are as much of a dumpster fire as that administration is,” one user wrote.

You gotta love how everyone is hating on @FLOTUS WH decorations, I mean compared to the Melania these pictures speak for themselves.

We much rather a refreshing white Christmas than a bloody handmaiden’s tale trees lining the WH.

No one will ever forget Melania Trumps ‘brooding Christmas decor… Blood trees and ivory white sticks that resembled witches’ fingers. Many social media users compared the decorations to the Handmaid’s Tale.

In comparison, Jill Biden has gone minimal.  Biden was reportedly inspired by the people she met while her husband was campaigning.

A gingerbread White House diorama, candy cane-like stockings, and The Tree are among the items on display.

The Tree, on the other hand, is brimming with life, with white tinsel wrapped around it to resemble white doves of peace. The tree is safe and peaceful and two many an image of relief as it reminds us the Trump era is behind them.