Red State Conservative
HomeThe LatestCritics Pile On Against The 'Islamophobia' Bill From Ilhan Omar As It...
The Latest 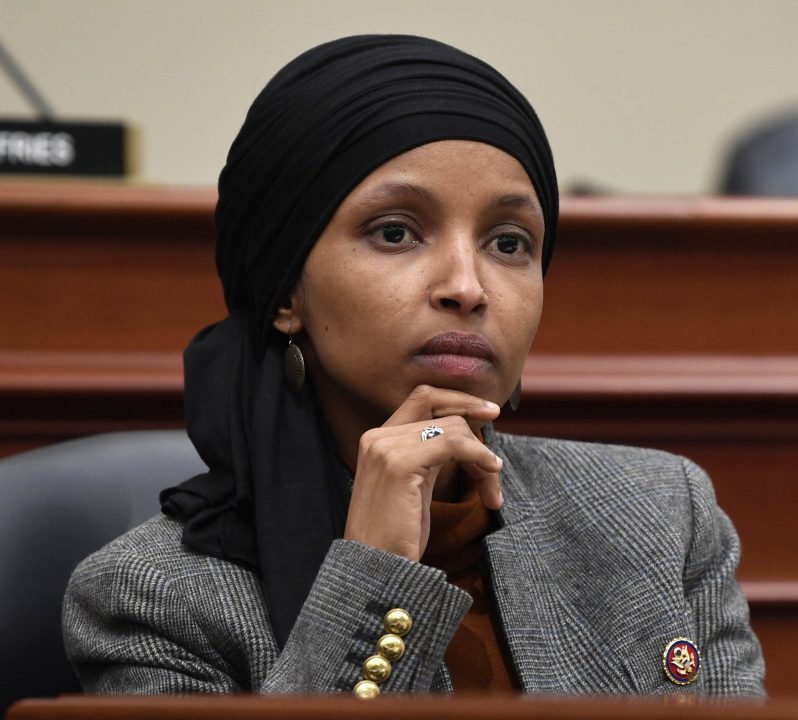 Back on the 14th of December, members of the House of Representatives voted on and passed a bill named the “Combating International Islamophobia Act,” that was introduced to the floor by Rep. Ilhan Omar (D-MN), which sought to “establish within the Department of State an Office to Monitor and Combat Islamophobia,” and set up the “monitoring and combating acts of Islamophobia and Islamophobic incitement that occur in foreign countries.”

Quite a few critics made the argument that an objective and clear definition of what “Islamophobia” actually means was missing from the bill entirely, a definition that is quite important.

As reported by FirstPost:

Republican Michael McCaul of Texas said he supports the “spirit and intent” of the bill. But he raised concerns that it could empower executive branch officials to crack down on protected speech because the word “Islamophobia” isn’t defined in the legislation. “It’s so vague and subjective that it could be used against legitimate speech for partisan purposes,” McCaul was quoted as saying on the House floor.

One Muslim scholar and a senior fellow at the Center for Security Policy, Dalia al-Aqidi, put for a statement saying:

Given the fact that even in the bill there is no clear definition of what Islamophobia is, if you look at it, it is really a noble bill that you can pretend to defend all Muslims around the world. But when you look at it, you don’t know what Islamophobia is; you don’t know what you are being accused of. Let’s say, criticizing Hamas, or calling it a terrorist organization. Does it fall under their “Islamophobia?” What about Hezbollah? What about Iran? What about Turkey? What about the people that are oppressed by these Islamist governments such as Iran and Turkey and other areas? So that’s the problem; it’s silencing every voice regardless of where that voice is coming from. It’s very dangerous; it’s an abuse of the freedom of speech and freedom of religion in the United States and in the West in general.

Look, if you do your research or your viewers do their research, who welcomed this bill? The extremists. The governments of extreme ideology. These are the governments that would take advantage of this bill and take advantage of the laws of the United states of America to oppress their own people. Have we heard Ilhan Omar or Rashida Tlaib … condemning the jihadists? Have we heard them condemning any suicide bombings?

Explanations of “the nature and extent of acts of Islamophobia and Islamophobic incitement that occur during the preceding year” found inside the bill were included:

“(B) instances of propaganda in government and nongovernment media that attempt to justify or promote racial hatred or incite acts of violence against Muslim people;

“(C) the actions, if any, taken by the government of the country to respond to such violence and attacks or to eliminate such propaganda or incitement;

“(D) the actions taken by such government to enact and enforce laws relating to the protection of the right to religious freedom of Muslim people;

“(E) the efforts of such government to promote anti-bias and tolerance education.

The post Critics Pile On Against The ‘Islamophobia’ Bill From Ilhan Omar As It Makes It Through The House appeared first on Steadfast and Loyal.