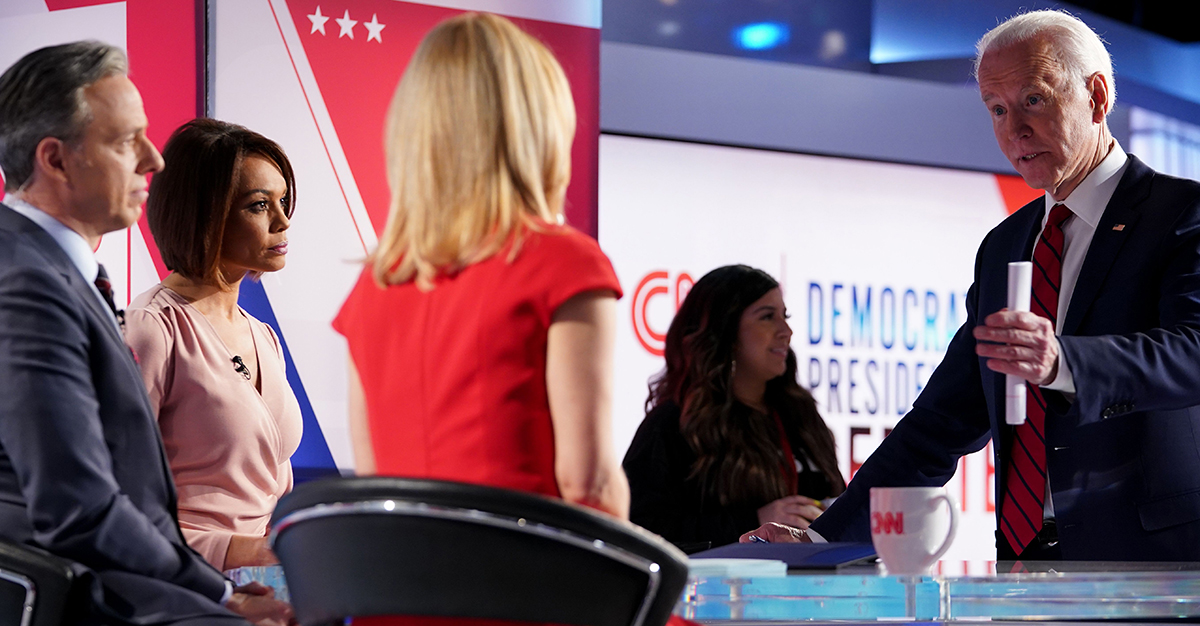 The “journalists” at CNN have appeared to fall right in line after getting their marching orders from the Joe Biden administration.

On Wednesday, the network started the 7:00 AM EST hour with a glowing report about how gas prices are falling, just days after the administration held secret meetings with news organizations demanding it get more favorable coverage.

“We are beginning with some breaking news, a potential antidote for inflation: Gas prices are going down,” CNN “New Day” host Brianna Keilar said to start the show.

Of all the breaking news in the world, from Russia on the border of Ukraine, new COVID variants, a meeting between President Biden and Russian President Vladimir Putin, this is the story the lapdogs at CNN led with.

They then brought on CNN Chief Business Correspondent Christine Romans who said that the news was “welcome relief for American consumers,” and said that “The government says prices at the pump should keep dropping, falling below three bucks a gallon next year.”

She said that the Energy Department’s Energy Information Administration believes that in 2022 the average cost of a gallon of gas will be $2.88.

“This is based on projections that global oil production will increase faster than demand,” she said.

She said that gasoline is  “currently at a seven-week low” per gallon of $3.34 and “recent drops in crude oil prices are now showing up at the pump finally.”

“Meanwhile, those dire predictions of sky-high home heating costs likely may not come true this winter,” and that the cost is “down about 40 percent from the October peak.”

She also talked about the cost of living increase for Social Security recipients hitting this January at 5.9 percent, “the biggest increase in that check in about 40 years” as another factor that could “help cushion the inflation you’ve been feeling this year.”

This comes after Oliver Darcy, a CNN reporter no less, said on Monday that the Biden administration had secret meetings with news organizations asking them for “fairer” coverage.

“The officials have been discussing with newsrooms trends pertaining to job creation, economic growth, supply chains, and more,” he said.

“The basic argument that has been made: That the country’s economy is in much better shape than it was last year.

“I’m told the conversations have been productive, with anchors and reporters and producers getting to talk with the officials,” he said.

Judging by CNN’s coverage on Tuesday it would appear that the “conversations have been productive” as Darcy said.

Washington Post columnist Dana Milbank was on “New Day” on Monday and talked to Keilar, saying that the “equal” coverage of former President Donald Trump and current President Biden is an “indictment of the whole industry.”

He said that the media had been treating Biden as bad or worse than it did Trump as he discussed his recent column on the topic.

“First, let’s talk about the media outlets, I just want to be clear. They are not all straight news outlets. Breitbart, Huffington Post, also ABC News, CNN, New York Times, Washington Post. What did you find?” Keilar said.

“The folks who did this for me cast a very wide net. So you get the extremes and also all of us in the middle to the greatest extent possible. It’s kind of what you would expect,” he said.

“It’s not bias. It’s the actual words we’re using. So we are as negative as a collective media on Joe Biden, if not more so than we were to Donald Trump at a time when he was trying to overthrow democracy. That is a tremendous indictment of the whole industry,” he said.

The ridiculous of that statement aside, the argument is that the media should be nicer to Biden than Trump because of fairness?