Chicago Mayor Claims That Businesses Are ‘Grateful’ For Vaccine Mandates 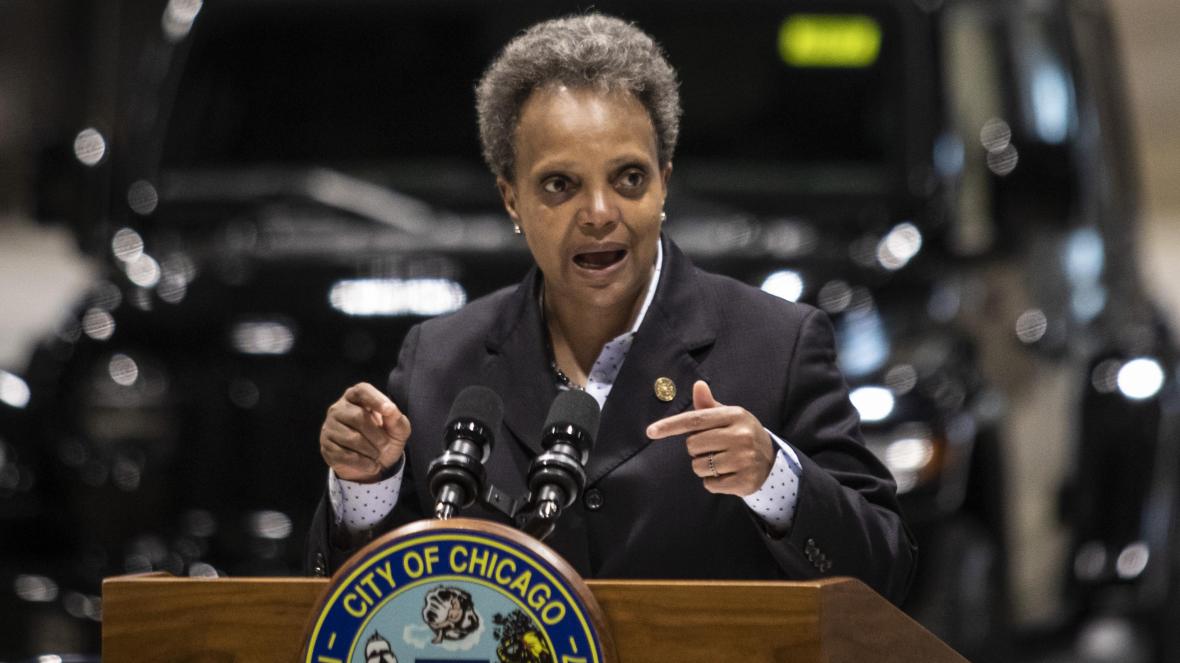 This past Monday while taking part in an interview on CNBC’s “Squawk On The Street,” Lori Lightfoot, the Democrat Mayor of Chicago, was quite insistent on the idea that the various businesses throughout her city were “grateful” to her and her office for their imposing of the harsh vaccine mandates, going on to add, “So we’ve got to do whatever we can to incentivize people. The answer to everything related to the virus and Omicron is vaccine, vaccine, vaccine.”

David Faber, the host of the show, questioned Lightfoot asking, “Why the need for the vaccine mandate, particularly because although Omicron spreads very rapidly it thankfully doesn’t seem to be resulting in the same level of hospitalizations?”

“Well, yes, we’re not seeing the kind of severe outcomes that we had feared,” answered Lightfoot. “The fact of the matter is, we have massive community spread, which means people are getting sick, people aren’t able to go to work and our hospitals are filling up, particularly with people who aren’t vaccinated. So we’re taking these steps as a mitigation effort. And what we’re hearing from a lot of folks, particularly business people, is they want to create a safe environment and they’re grateful for us imposing this vaccine mandate in entertainment venues, so restaurants, bars, gyms, and the like.”

“Is it your expectation that it will increase uptick of the vaccine itself or simply to try to protect people who are going into these establishments?” Faber asked, pressing further.

“Well, I think it’s a little of both,” Stated Lightfoot. “What we saw, for example over the summer when we hosted Lollapalooza which in 2021 was the largest outdoor music festival in the world, people got vaccinated. We required a vaccine in order to get inside of the Lollapalooza footprint and on every single day we had 90 plus percent of the people that were in there with a vaccine. So we’ve got to do whatever we can to incentivize people. The answer to everything related to the virus and Omicron is vaccine, vaccine, vaccine.”

“In New York, which obviously I can speak of, given we live here, we’ve had a vaccine mandate in place for quite some time,” stated Faber. “It did appear effective in getting people vaccinated but it certainly hasn’t been effective in stopping the caseload from soaring. We seem to be ahead of Chicago, for example. Do you really think this is going to stop your caseloads from approaching on a percentage basis what we’ve seen in New York?”

“What I think it’s going to do is compel people to get vaccinated,” commented Lightfoot. “What we’re seeing is the overwhelming majority of people that are in non-ICU beds, ICU beds and unfortunately who are dying, are the unvaccinated. It’s not even a close call. So if we can get a significant percentage of people to get vaccinated because they want to take advantage of restaurants, bars, gyms and the like, we will have done a lot of good to save lives and that is absolutely worth it.”

The post Chicago Mayor Claims That Businesses Are ‘Grateful’ For Vaccine Mandates appeared first on Steadfast and Loyal.