Red State Conservative
HomeThe LatestChairwoman for the House GOP Conference States Biden Impeachment Not Out Of...
The Latest 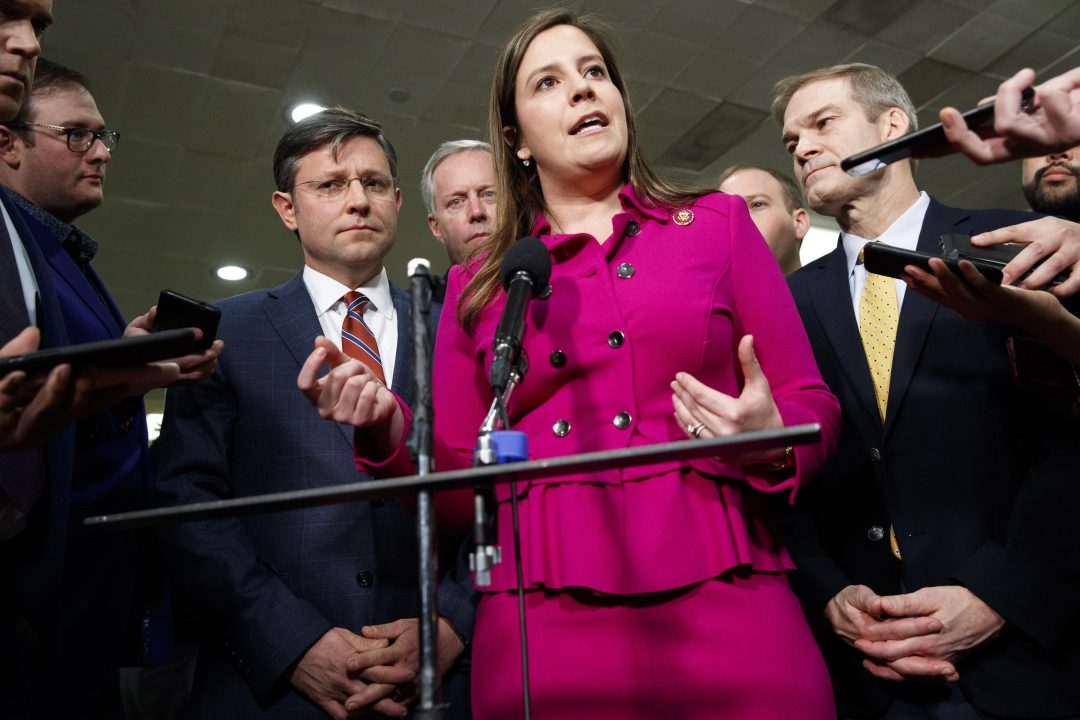 In statements put forth this past Monday, Elise Stefanik (NY), the House GOP Conference Chairwoman, stated that everything is still “on the table” if the Republicans manage to retake the House, up to and including the impeachment of President Joe Biden.

“Anything is on the table when we are in the majority,” stated Stefanik when commenting on Impeachment, reported the news outlet JustThe News.

“But what I believe we should focus on is conducting oversight and making sure that we’re passing legislation to secure the border once and for all,” she continued. “The policies of the previous administration under President Trump were working.”

These comments from Stefanik seem to have cropped up in response to Tex Cruz, a Republican Senator of Texas, first opening the door to the possibility of impeaching Old Uncle Joe, making note that there are “multiple grounds to consider” on the subject, first of which is the chaos along the southern border.

“If we take the House, which I said is overwhelmingly likely, then I think we will see serious investigations of the Biden administration,” stated Cruz while on an episode of “Verdict with Ted Cruz,” as reported by The Hill.

“I do think there’s a chance of that,” the senator stated, making note that the Democrats were the first to have “weaponized impeachment” when attacking former President Donald Trump.

Stefanik went on to note that the border issue is massive to many Americans, even among those she represents out in New York.

“We’ve focused like a laser on the crises in America, and what I hear from voters — even in my district in northern New York, because I represent border patrol officers who have been transferred again and again and again to the southern border — it’s crisis after crisis, it’s a catastrophe,” she stated.

Back in September, Rep. Bob Gibbs (R-OH) brought forth three articles of impeachment against Ole Uncle Joe, highlighting his bungling of Afghanistan, immigration, and the now-forgotten federal eviction moratorium.

“I take this seriously. I don’t think it’s haphazard. I’m not trying to get media attention for myself,” Gibbs stated to the Washington Examiner. “He’s done so much damage to this country in less than nine months, which is really scary.”

“He’s not capable of being commander-in-chief, and that’s obvious by the actions since Day One when he took the presidency back in January,” he stated. “Maybe something like this makes the White House think twice before they do some of this nonsense.”

The post Chairwoman for the House GOP Conference States Biden Impeachment Not Out Of The Question appeared first on Steadfast and Loyal.