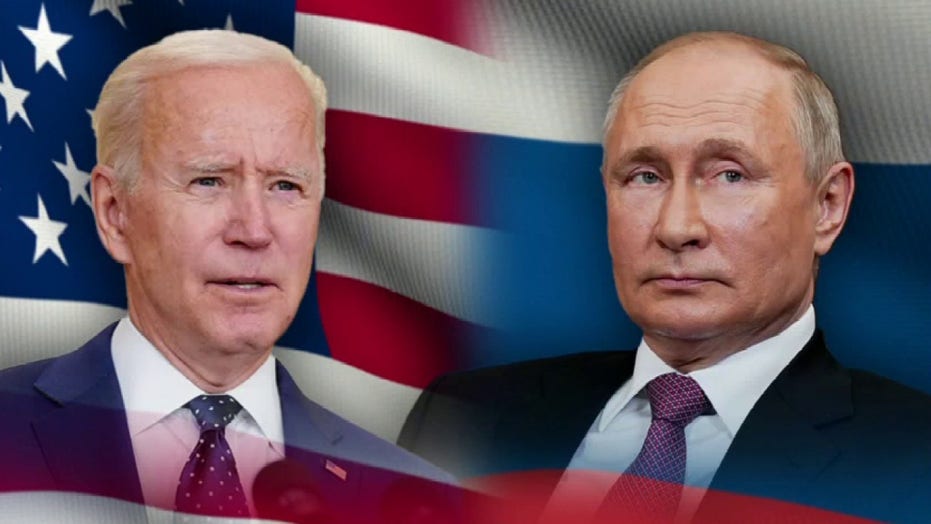 This past Tuesday, Old Uncle Joe took part in a virtual meeting with Vladimir Putin, the President of Russia, in the wake of a ruse in tension in relation to the display of military aggression used by Russian forces on their border with Ukraine.

A report was issued by the White House that contained a readout, which itself was only 145 words in length, of the video call.

President Joseph R. Biden, Jr. held a secure video call today with President Vladimir Putin of Russia to discuss a range of issues on the U.S.-Russia agenda. President Biden voiced the deep concerns of the United States and our European Allies about Russia’s escalation of forces surrounding Ukraine and made clear that the U.S. and our Allies would respond with strong economic and other measures in the event of military escalation. President Biden reiterated his support for Ukraine’s sovereignty and territorial integrity and called for de-escalation and a return to diplomacy. The two presidents tasked their teams to follow up, and the U.S. will do so in close coordination with allies and partners. The presidents also discussed the U.S.-Russia dialogue on Strategic Stability, a separate dialogue on ransomware, as well as joint work on regional issues such as Iran.

The leaders of two of the world superpowers talked for about two hours on Tuesday,  with the meeting starting at 10:07 A.M. ET and ending at around 12:08 P.M. ET. as reported by the White House.

This past Monday, Biden also held talks with President Emmanuel Macron of France, Chancellor Angela Merkel of Germany, Prime Minister Mario Draghi of Italy, and Prime Minister Boris Johnson of the United Kingdom on the topic of Russia and its aggression.

“The leaders discussed their shared concern about the Russian military build-up on Ukraine’s borders and Russia’s increasingly harsh rhetoric,” stated The White House in a short readout. “They called on Russia to de-escalate tensions and agreed that diplomacy, especially through the Normandy Format, is the only way forward to resolve the conflict in Donbas through the implementation of the Minsk Agreements.”

“The leaders underscored their support for Ukraine’s sovereignty and territorial integrity,” reads the release. “They agreed that their teams will stay in close touch, including in consultation with NATO allies and EU partners, on a coordinated and comprehensive approach.”

All the while, Mosco has not issued any public comments concerning the talks, only putting out a short statement in Russian on the front page of the Kremlin’s website which only stated that the talks took place.

CNN put out a report that the Biden admin, alongside the Pentagon, are making preparations to evacuate Americans from Ukraine if Russia does invade the country.

“The contingency planning is being led by the Pentagon, the sources said, and comes as the administration briefs Congress on how the US is preparing,” reported CNN. “The discussions are part of planning in the event the security situation severely deteriorates, multiple officials involved in the planning emphasized.”

One source for CNN told them that the Biden administration does not want to be caught “flat-footed” in the event of a Russian invasion.

The post Biden Talks With Putin To Express ‘Deep Concerns’ Regarding Military Aggression appeared first on Steadfast and Loyal.