Red State Conservative
HomeThe LatestA Russian lawmaker has called for a Dem congressman to be kidnapped...
The Latest 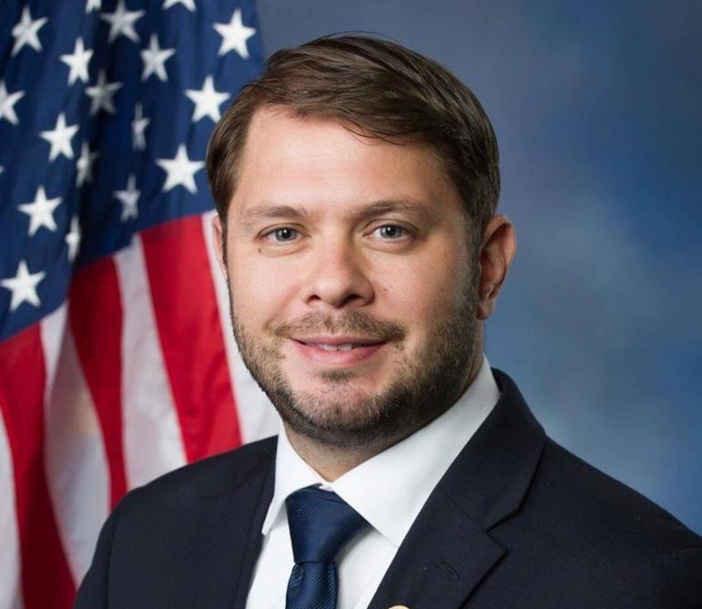 With tensions between the US and Russia already at an all-time high, the Kremlin’s massive propaganda machine is adding fuel to the flames.

Aleksei Zhuravlyov, a State Duma member and chairman of Russia’s nationalist Rodina party, openly advocated for the kidnapping and imprisonment of US Congressman Ruben Gallego (D-AZ) over comments he made about how to handle the ongoing Ukraine-Russia crisis on state television show 60 Minutes on Wednesday.

Appearing on Russian state TV on Wednesday, Russia’s nationalist Rodina party chairman Aleksei Zhuravlyov advocated for the abduction and imprisonment of U.S Congressman Ruben Gallego (D-AZ) over comments he made about the ongoing Ukraine-Russia crisis.https://t.co/2RNyUNLAC5

Gallego stated that Ukraine should be provided with more advanced weaponry that “will actually put a toll on the Russian troop movements and, you know, unfortunately, that means we have to kill some Russians.” He then added that Russians “only understand pure power, and we have to give the Ukrainian army and special forces the ability to do that.”

While Rep. Gallego was clearly alluding to the armed conflict between Russia and Ukraine—in the event that the Kremlin resorts to further escalation—his statements infuriated Moscow. Following the clip of Gallego’s commentary, Olga Skabeeva, the host of Russia’s 60 Minutes, referring to Americans as “parasites” who “don’t know history.” Gallego should be placed under observation and kidnapped anytime he travels again, according to Zhuravlyov, so that he can be transported to Russia. “We should be looking for that bud, and if he travels anywhere–grab him like Bout and bring him over here.”

Aleksei Zhuravlyov said Ruben Gallego should be placed under surveillance and kidnapped whenever he travels again, in order to bring him to Russia: “We should be looking for that bud, and if he travels anywhere–grab him like Bout and bring him over here.” https://t.co/egH4pEWy4E

The Russian legislator was alluding to Viktor Bout, a prominent Russian arms dealer who was extradited to the United States from Thailand in 2010 following a sting operation by the US Drug Enforcement Agency two years prior. Gallego should be kidnapped from wherever he is, taken to Russia, and compelled to explain “whom he planned to kill,” according to Zhuravlyov. “This is how we should conduct ourselves…” Spend 25 years in prison and then when you get out—“IF” you get out—you can tell us whom you wanted to kill,” said Zhuravlyov.

“Bout is in prison for ‘intent,’ so he [Gallego] could also be imprisoned for his intent to kill Russians.” She bitterly complained about the attention opposition leader Alexei Navalny is receiving from the human rights organizations, as opposed to Bout. Zhuravlyov continued: “This is how we should be dealing with these bastards. We can grab him out of Ukraine and there’s nothing they could do, with our capabilities.”

Rep. Gallego retweeted a link to this item on Wednesday, along with his own response to the threats made against him on the state TV show. With an emoji of the American flag, the congressman wrote, “F**k around and find out.”

Fuck around and find out. 🇺🇸 https://t.co/buuFM7GBtm

The rest of the presentation was filled with anti-American feelings, as Skabeeva depicted Russia’s recent launch of an ‘Otvet’ advanced anti-submarine missile by the Russian Pacific Fleet as Moscow’s retaliation to the US Senate’s debate of “sanctions from hell.” Skabeeva pointed out that “Otvet” means “Response” in Russian. Zhuravlyov used the disparaging term “pindosy” to describe Americans, implying that, in addition to responding to Western threats, Moscow may also strike first.

The host and panelists reinforced a popular propaganda theme, stating that America’s “weakness” in the face of Russia’s “military dominance” motivated the desire to have summits and negotiate with the Kremlin. While Putin continues to maintain that Russia has no plans to invade Ukraine (again), his harsh rhetoric signals that the Kremlin is working on a pretext for escalation.