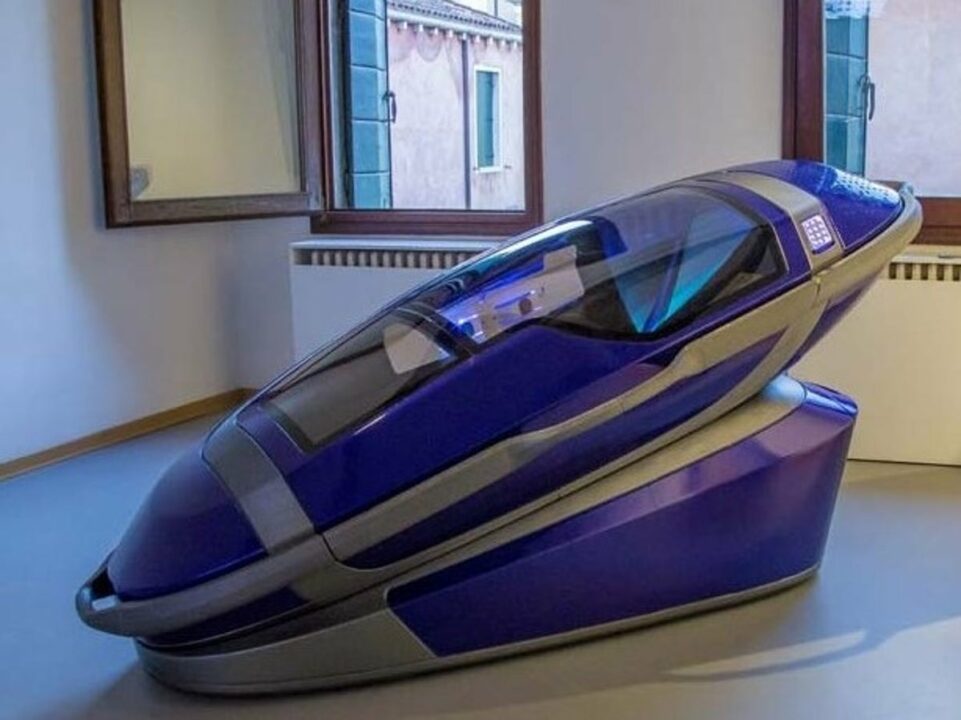 Philip Nitschke, an Australian doctor, has made an announcement that these newly 3-d printed devices are being called “euthanasia pods.” They are a coffin-like device that makes the possibility of assisted suicide readily accessible for almost anyone without the need for any medical intervention, and will soon be legal to make and use in Switzerland. Nitschke has also stated that the purpose for making these devices is so that anyone will have the power to commit suicide with little to no medical assistance necessary.

As reported Monday morning by Insider, the Swiss news outlet Swiss Info put forth an announcement that “‘Sarco’ machines — 3D-printed capsules designed for use in assisted suicide — have passed a legal review and can now operate in Switzerland.”

“Prototyped in the Netherlands by Dr. Philip Nitschke, the coffin-like Sarco capsule should be ready for operation in Switzerland in 2022, he told the outlet,” Insider stated. “While the Swiss assisted-dying sector’s approach requires the ingestion of liquid sodium pentobarbital, Sarco can provide a peaceful death without using controlled substances”

Nitschke put forth a series of creepy details to the Swiss media as to exactly how his new contraption would work:

It’s a 3-D printed capsule, activated from the inside by the person intending to die. The machine can be towed anywhere for the death. It can be in an idyllic outdoor setting or in the premises of an assisted suicide organisation, for example.

“The person will get into the capsule and lie down. It’s very comfortable. They will be asked a number of questions and when they have answered, they may press the button inside the capsule activating the mechanism in their own time.

“The capsule is sitting on a piece of equipment that will flood the interior with nitrogen, rapidly reducing the oxygen level to 1 per cent from 21 per cent in about 30 seconds. The person will feel a little disoriented and may feel slightly euphoric before they lose consciousness. Death takes place through hypoxia and hypocapnia, oxygen and carbon dioxide deprivation, respectively. There is no panic, no choking feeling. [In an environment where the oxygen is less than 1 per cent, after losing consciousness death would occur after approximately 5-10 minutes, according to Philip Nitschke.]

Nitschke also stated to the media that his overall goal is to get rid of the need for a psychiatric evaluation in order to allow anyone who wants to kill themselves to do so with the need of a doctor:

Currently a doctor or doctors need to be involved to prescribe the sodium pentobarbital and to confirm the person’s mental capacity. We want to remove any kind of psychiatric review from the process and allow the individual to control the method themselves.

“Our aim is to develop an artificial intelligence screening system to establish the person’s mental capacity. Naturally there is a lot of skepticism, especially on the part of psychiatrists. But our original conceptual idea is that the person would do an online test and receive a code to access the Sarco.

“It’s utopian. It’s brave new world stuff, previously unthought of,” stated one person as part of a promotional video put forth about the pods.

“When I first heard about the Sarco, I got very excited because it seemed like such a wacky idea. And then I thought about it, and I thought you know this is actually what I’ve been thinking about a lot,” stated another woman.

As of writing, the machines are slated to become available in Switzerland at some point in early 2022. It will be legal for anyone over the age of 12 to be euthanized with their use in the country, but those that are under 16 will require parental consent.