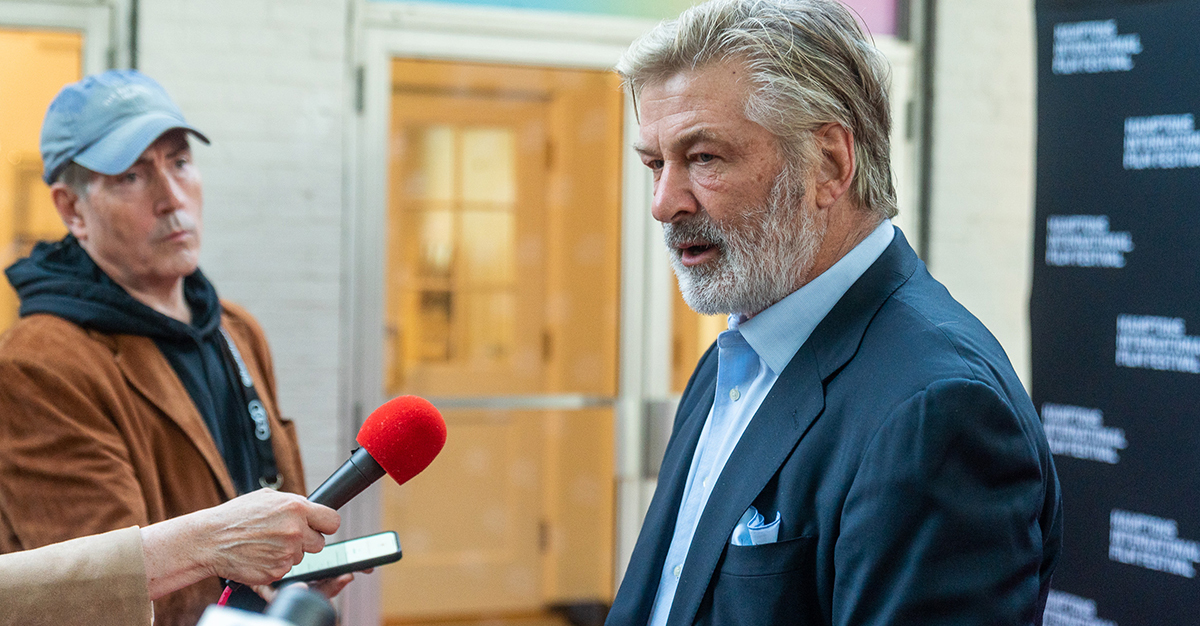 Another Baldwin has issued a brutal takedown of fellow, unrelated, actor Alec Baldwin following the latter’s tear-filled interview with ABC earlier this week in which he claimed he did not “pull the trigger” on the firearm that killed cinematographer Halyna Hutchins.

Actor Adam Baldwin also made the situation worse during the interview when he blamed his victim for directing him to fire at her.

Alec Baldwin claimed in his first interview since the tragedy, with ABC’s George Stephanopolous, that he didn’t pull the trigger that fired the fatal round; however, Adam Baldwin says the fellow actor with the same last name actually “confessed” — to doing everything wrong on the set.

He went on to recall his time on the set of the movie “Wyatt Earp” starring Kevin Costner; Adam Baldwin discussed firing a similar vintage firearm during the “O.K. Corral” gunfight.

“He knows exactly what Alec Baldwin did wrong on the set of Rust,” KTTH talk show host Victoria Taft noted at PJ Media.

I’ve handled several types of revolvers in my experience and in Wyatt Earp I had basically the same weapon, so I’m very familiar with this as a prop gun. I fired it in the depiction of the gunfight at the OK Corral, so I know exactly – we shot that right outside Santa Fe. We used that same ranch. I’ve been there. That and the Cook Ranch were used for locations for Wyatt Earp when we shot that so I know exactly what I’m talking about with this.

The fellow actor went on to speculate that Alec Baldwin has big problems because “he can’t claim ignorance of the law or the safety regulations because ignorance is no excuse.”

He went on to say that he is tired of Alec Baldwin blaming others, as he did when he first pointed a finger at the armorer and tried to “Monica Lewinsky her,” a reference to the political hit job done against the woman who had a relationship with then-President Bill Clinton.

“I thought that James Carville was behind the scene there, doing damage control. They tried to drag this poor armorer through the mud [switches to Carville impression] ‘like drag a dollar bill through the trailer park and you gonna see what choo gon’ get.’ It was disgusting,” Alec Baldwin said.

During his interview with Stephanopoulos, Alec Baldwin claimed he didn’t fire the gun.

“You haven’t said much in public since that tragic accident. Why speak out now? I think the big question, and the one you must have asked yourself a thousand times, how could this have happened. You’ve described it as a one in a trillion shot, and the gun was in your hand. How do you come to terms with that?” Stephanopoulos asked.

“It didn’t seem real to me,” Baldwin said after being asked “how this happened” and saying that the script did not call for him to pull the trigger.

“What did you think happened? How did a real bullet get on that set?” the interviewer pressed in a teaser video.

“I have no idea. Someone put a live bullet in a gun, a bullet that wasn’t even supposed to be on the property,” Baldwin answered.