Red State Conservative
HomeThe LatestHarris Shoots Past Pence For Number Of Tie-Breaking Senate Votes With Only...
The Latest

Harris Shoots Past Pence For Number Of Tie-Breaking Senate Votes With Only One Year In Office. 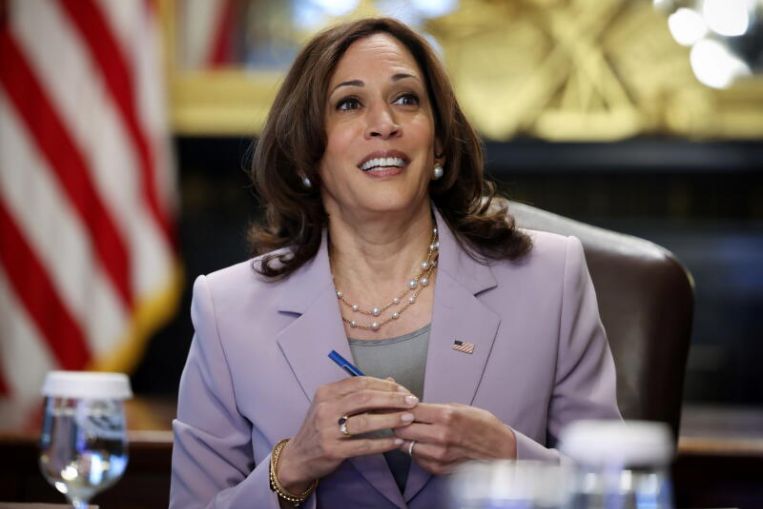 This past Wednesday alone, Vice President Kamala Harris cast a tie-breaking vote in the Senate two times. This marks her reaching her doing this for the 15th time in less than a year which has her surpassing the total of former Vice President Mike Pence for his entire four-term stint in office.

The main job of the vice president is to serve as the president of the Senate and may cast a vote at such times as the decision being spoken on is tied in the vote. The current 50-50 split in the Senate, broken down to be 48 Democrats with two Independents who caucus with the party versus 50 Republicans, is heavily divided and has frequently ended up in a stalemate situation that has offered Harris a large number of opportunities to exercise her right to vote in the Senate.

The tie-breaking votes that took place this past Wednesday included breaking the tie in order to offer support to Rachael Rollins as the U.S. Attorney for the District of Massachusetts in a cloture vote. The second vote she participated in later that day was to officially confirm Rollins to the new role that her previous vote allowed her to get.

VP Harris just broke her 14th & 15th 50-50 ties in the Senate, which is more than the 13 ties VP Pence broke during his four years in office.

"Every time I vote, we win,” Harris told NBC News today with a laugh.

She’s on pace to break the record: https://t.co/K3t2kdvDBQ

As reported by The Hill, this pair of votes put the vice president as having cast 15 total votes in the office which places her as fifth highest in the nation’s history. John C. Calhoun currently holds the number 1 spot with having to cast 31 tie-breaking votes in the Senate. Calhoun served the vice president under two different presidents just before the Civil War.

“Harris has cast more tie votes than any other vice president in modern history,” stated the report.

At the rate that Harris is having to cast votes, Calhoun’s record may not hold the number 1 slot much longer. If she keeps her current pace over her first stint in office, the vice president is on track to cast more than 50 tie-breaking votes by the end of Biden’s first term.

As reported by The Hill, the other vice presidents ahead of her on the list include John Quincy Adams, George Dallas, and Schuyler Colfax.

The support from Harris towards Rollins has been widely considered controversial due to the attorney’s failure to prosecute a wide number of crimes.

Cruze also took a strong stance against Rollin’s nomination as part of a Senate floor speech on Wednesday as well:

“I rise today to strongly oppose the confirmation of Rachel Rollins to be a U.S. Attorney in Massachusetts. Many Americans have probably never heard of Rachael Rollins, but they’re becoming very familiar with the kind of lawlessness and dangerous crime that radical left-wing district attorneys like her have generated under their watch. We’ve seen looting and larceny, and violent crime rates rise in cities all over the country the past couple of years. Ms. Rollins is part of a web of left-wing district attorneys across the country who see it as their job not to prosecute crime, [but] rather, to protect criminals.”

“What’s happened with these prosecutors who refuse to prosecute crime? Well, all too predictably, crime rates have skyrocketed. Last year, the murder rate went up nearly 30 percent overall, and it went up 40 percent in cities with populations between 100,000 and 250,000. We’ve seen horrific crimes and tragedies that could have been prevented if these DAs had simply done their jobs. Take John Chisholm, the DA in Milwaukee, who released Darrell Brooks, a repeat and dangerous criminal on $1,000 bail. What was the crime he was charged with? Using his vehicle, a red SUV to run down a woman, the mother of his child, released on $1,000 bail. What happened? Brooks, as we all know, drove that same red SUV through a Christmas parade [and] murdered six people including an eight year old boy. That man should not have been on the street should not have been behind the wheel. The DA knew he was a violent criminal who use that SUV as an instrument of violence. And for $1,000 the left-wing DA let him go. Had Brooks not been out on such a low bail, this horrific tragedy wouldn’t have occurred. That eight year old boy would still be alive.

“Our communities don’t need prosecutors who endanger the very communities they’re supposed to serve by refusing to prosecute or detain criminals. They don’t need left-wing prosecutors who let violent criminals walk the streets. The damage that these so-called prosecutors can do has thankfully been somewhat limited by the fact that when they choose not to prosecute criminals, the federal government has the ability in many instances to step in and charge criminals federally. But Joe Biden and Senate Democrats are working to change that by elevating one of these radical leftists soft on crime district attorneys, Rachael Rollins, to be the U.S. attorney in Massachusetts, the chief federal prosecutor in the entire state of Massachusetts. Let’s talk a little bit more about what exactly Rachael Rollins believes prosecutors should do and what her record is.”

Rachael Rollins—Biden nominee to be US Attorney in Massachusetts—is part of web of left wing district attorneys who protect criminals. pic.twitter.com/lX7HEz6BF1

The post Harris Shoots Past Pence For Number Of Tie-Breaking Senate Votes With Only One Year In Office. appeared first on Steadfast and Loyal.