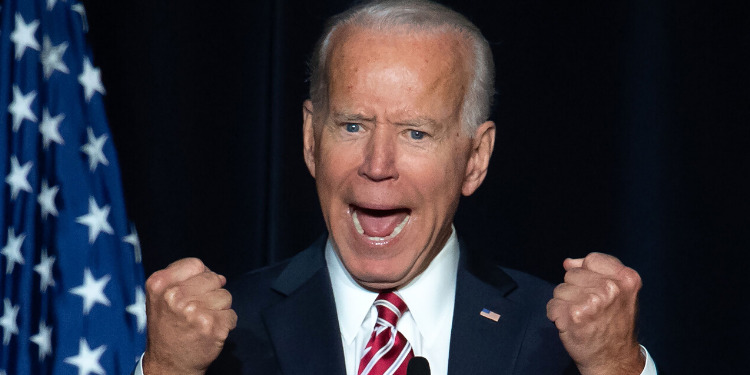 Quite a few Democrat Senators have now taken steps to oppose President Joe Biden’s vaccine mandate that is being imposed on private companies, which most likely points to the idea that the U.S. Senate will be having its vote in favor of a resolution this week that would end up banning the mandate from affecting private companies.

As indicated in a statement this past Tuesday, Sen. Jon Tester (D-MT) plans to place his vote in favor of the resolution that seeks to ban the vaccine mandates being applied to private entities, stating, “I’m not crazy about mandates.”

TESTER will also vote YES on the CRA to undo the Biden Admin vaccine mandate on the private sector, he says.

“I'm not crazy about mandates,” he said, (but he says he supports mandates for health care workers & military).

Sen. Joe Manchin (D-WV) also put forth a statement this past week indicating that he was also in opposition of the mandate on private companies:

In the midst of the COVID-19 pandemic and as the new Omicron variant emerges, I will not vote to shut down the government for purely political reasons. There is too much at stake for the American people. But let me be clear, I do not support any government vaccine mandate on private businesses. That’s why I have cosponsored and will strongly support a bill to overturn the federal government vaccine mandate for private businesses. I have long said we should incentivize, not penalize, private employers whose responsibility it is to protect their employees from COVID-19. I have personally had both vaccine doses and a booster shot and I continue to urge every West Virginian to get vaccinated themselves.

Jen Psaki, the White House Press Secretary, issued a response to members of the media on Tuesday by issuing a statement saying that if the resolution passes he will veto it.

Kyrsten Sinema (D-AZ) is yet another Democrat who is possibly in favor of the resolution to ban the mandate on private companies.

When questioned this past week by CNN if she would “be willing to vote with Democrats to hold up the president’s mandates,” the Democrat responded, “Well, I’m not going to tell you those things.”

“What I will do, though, is make sure that I’m voting in the interest of Arizonans,” stated Sinema. “Now, folks back in Arizona know that I’m a strong supporter of this vaccine. I encourage all Arizonans to also get vaccinated so that we can return to the lives that we love, and be able to share those important moments of both joy and sorrow with our family members.”

The first major company to file a lawsuit against this vaccine mandate from the Biden administration was The Daily Wire, as reported:

The lawsuit does not take a position on whether someone should receive the vaccine or not, only against Biden’s mandate, announced earlier this year and unveiled on Thursday morning. The mandate applies to all companies with 100 or more employees and forces those businesses to police the vaccine status of their employees. The Daily Wire, with over 100 employees, falls under the mandate.

The Daily Wire’s lawsuit seeks to overturn Biden’s executive action, arguing that the order is unconstitutional and that the Biden administration violated federal law in drafting it.

The co-founder and co-CEO of the news outlet, Jeremy Boreing, gave an explanation for the company’s decision stating, “We’re not the enforcement arm of the federal government.”

“Forcing Americans to choose between their livelihoods and their freedom is a grotesque abuse of power and we won’t be a party to it,” he concluded. “We will not incur the cost of implementing this testing regime. We will not incur the liability of inserting ourselves into the private health decisions and information of our employees. Our company was founded to stand against tyranny, and we will.”