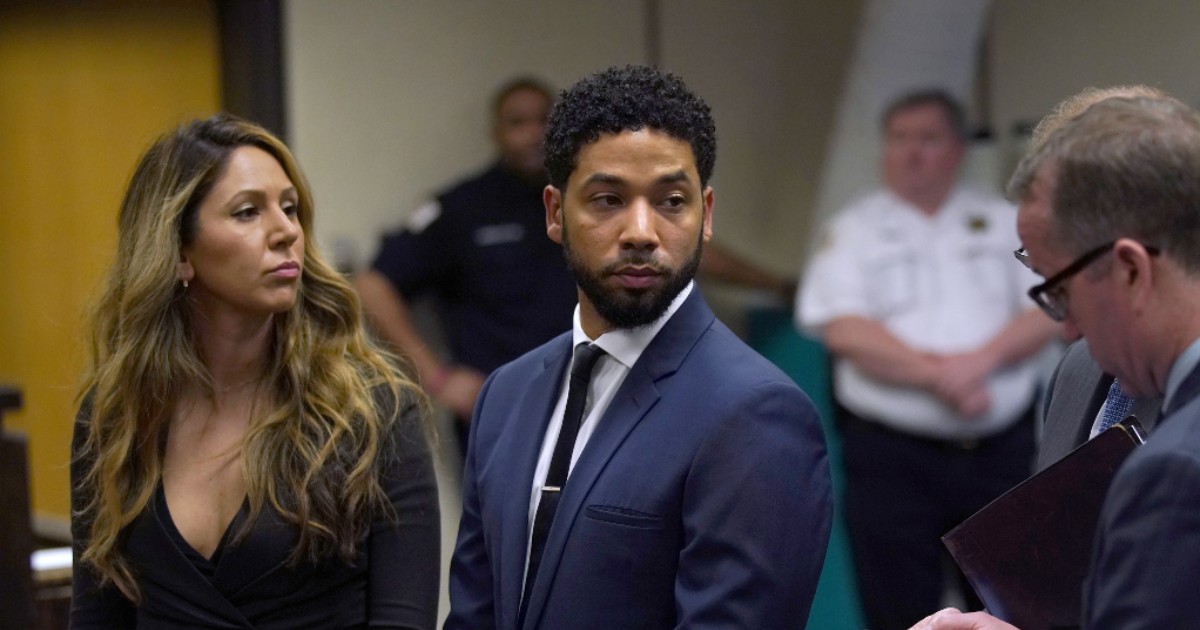 Jurors have reached a verdict in the trial for former “Empire” actor Jussie Smollett, who is accused of staging a racist attack on himself in downtown Chicago nearly three years ago.

5/6 counts guilty, you still with him? https://t.co/ymrKnZyVmr

Smollett had been accused of hiring two Nigerian men to wrap a noose around his neck and pour bleach on his face. The actor then filed a false police report, where he claimed that he was attacked by two Trump supporters in MAGA hats who called him racist and homophobic names.

Smollett was charged with six counts of disorderly conduct after police said he made false reports about being the victim of a hate crime. He faces up to three years in prison.

They asked Judge James Linn for a copy of a calendar prosecutors displayed at trial that indicated relevant dates, including that of the alleged attack and of what two brothers testified was a “dry run” for the Jan. 29, 2019, assault.

In closing arguments earlier Wednesday, a prosecutor told jurors there is “overwhelming evidence” that Smollett staged the attack, then lied to police about it for publicity.

His defense attorney said prosecutors’ case was based on lies.

In his closing, special prosecutor Dan Webb said Smollett caused Chicago police to spend enormous resources investigating an alleged crime that they now believe is fake. Smollett, who is Black and gay, told police someone put a noose around his neck and yelled racist and homophobic slurs during the January 2019 attack near his downtown Chicago home.

“Besides being against the law, it is just plain wrong to outright denigrate something as serious as a real hate crime and then make sure it involved words and symbols that have such historical significance in our country,” Webb said.

He also accused Smollett of lying to jurors, saying surveillance video from before the alleged attack and that night contradicts key moments of Smollett’s testimony.

“At the end of the day, he lacks any credibility whatsoever,” Webb said.

Defense attorney Nenye Uche said in his closing argument that two brothers who testified that Smollett orchestrated the attack and paid them to carry it out are “sophisticated liars” out for money.

“The entire prosecution’s case, including the foundation of the case, is built like a house of cards,” Uche said.

Meanwhile, this is what Democrats had to say about the #JussieSmollett race hoax👀👇 pic.twitter.com/msJXBhMwik